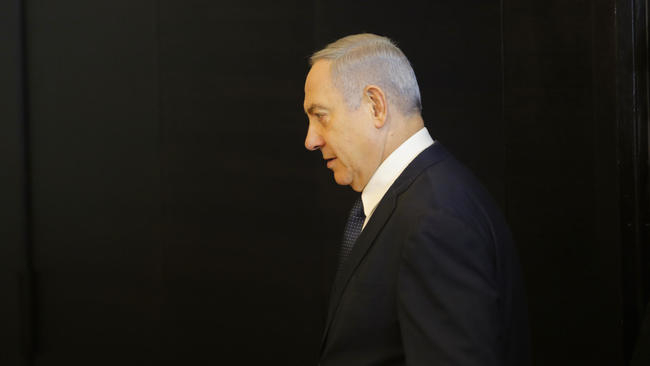 Israeli Prime Minister Benjamin Netanyahu said Wednesday he would ask parliament for immunity, weeks after the embattled premier was indicted on a range of corruption charges, AzVision.az reports citin AFP.

Israeli Prime Minister Benjamin Netanyahu said Wednesday he would ask parliament for immunity, weeks after the embattled premier was indicted on a range of corruption charges.

The move is expected to delay the start of court proceedings for months, as lawmakers are not due to vote on the matter until after March 2 elections.

"I intend to make a request to the speaker of the Knesset," Netanyahu, Israel's longest-serving premier and leader of the right-wing Likud party, told reporters in Jerusalem.

The request "would be in line with the law... (and) with the goal of continuing to serve you, for the future of Israel."

Netanyahu was charged by the attorney general in November with bribery, fraud and breach of trust in three separate corruption cases.

He denies the allegations and accuses prosecutors and the media of a witch hunt.

Reacting to the premier's announcement, his rival Benny Gantz, the leader of the centrist Blue and White party, said "Netanyahu knows that he is guilty."

Gantz said his own party will do everything it can to "prevent immunity".

"In Israel, nobody is above the law".

A sitting prime minister is only required to step down once convicted and after all avenues of appeal have been exhausted.