Why so many earthquakes are rocking Puerto Rico- iWONDER 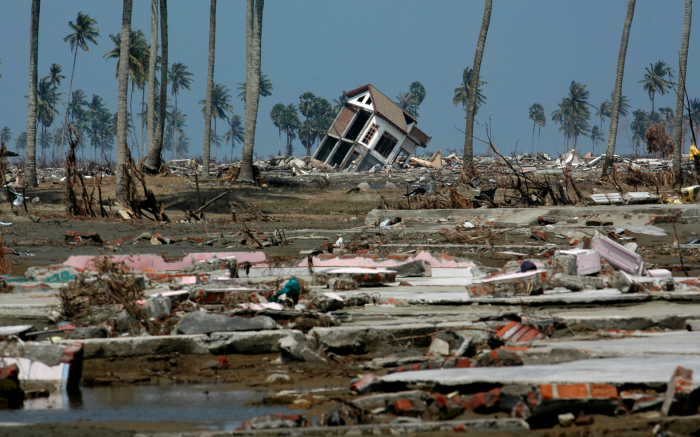 A series of tremors has rattled the island for more than a week—and there may be more to come.

In the predawn hours of January 7, residents across the island of Puerto Rico were jolted awake as a magnitude 6.4 earthquake rocked the region. While earthquakes in Puerto Rico are not unexpected, this temblor is just the largest in a series of quakes that has rattled the island for more than a week—and odds are that the shaking is not over yet.

Only a day before, a magnitude 5.8 quake also struck off Puerto Rico’s southwestern coast, and since December 28, more than 400 earthquakes of magnitude 2 or greater have rolled through the area. Dozens were likely felt on land because many of these quakes were relatively shallow, according to the U.S. Geological Survey (USGS).

The events have wreaked havoc in a community still recovering from devastation in the wake of hurricanes Maria and Irma. The latest pair of large temblors collapsed homes, knocked out power in some regions, triggered landslides, and toppled the natural rock arch Punta Ventana—a popular landmark that was long a draw for tourists. At least one death has been reported so far.

“These people have been through a lot,” says Wendy Bohon, an earthquake geologist at the Incorporated Research Institutions for Seismology (IRIS). “Buildings are damaged, people are afraid, of course, because it’s ongoing. They’ve been feeling earthquakes for days and days.”

What’s more, aftershocks will likely continue to rattle the region, and researchers are avidly studying the most recent events to better understand what might happen in the future.

Puerto Rico has a long history of earthquakes. It sits at the edge of the Caribbean tectonic plate, where that plate is colliding with the North American plate. Such tectonic boundaries host the vast majority of the world’s quakes.

“The entire island is an active plate boundary zone, just like California—earthquakes are fair game everywhere,” Susan Hough of the USGS says via email. But Puerto Rico’s geology is even more complex than most, because the island is being squashed in a tectonic battle.

Under the island’s northern coast, the North American plate plunges under the Caribbean plate in a subduction zone. At the same time, a section of the Caribbean also seems to subduct south of the island at the Muertos trough, squeezing Puerto Rico in between them, according to the USGS. The result is earthquakes, and lots of them.

The island is particularly susceptible to what’s known as earthquake swarms, or series of events that are roughly the same magnitude, explains Elizabeth Vanacore, a seismologist with the Puerto Rico Seismic Network (PRSN) at the University of Puerto Rico at Mayagüez. Why, though, is an open scientific question, she says.

Some swarms seem to follow particular directional trends and zones of stress. One 2013 study even suggests that some swarms north of the island might be the result of a tear cutting through the subducting North American plate. However, there’s likely multiple causes for these events.

Vanacore says that this latest series of events seems to be more of a traditional earthquake sequence rather than a swarm, with a bigger temblor surrounded by its own entourage of smaller foreshocks and aftershocks. And as researchers continue to sort out the details of today’s event, she says one thing is certain: “There will be more earthquakes.”

The USGS estimates that there’s a 90-percent chance another earthquake of magnitude 5 or higher will strike in the coming week. The chance of a magnitude 6 or higher is currently 22 percent. Researchers are still working to untangle the latest events, and as more information comes in, these forecasts may change. (Learn more about the pair of large earthquakes that struck California last year.)

Many of the quakes seem to trace to the Punta Montalva fault in southwest Puerto Rico, Vanacore notes, though geologists still have work to do to confirm this. The faults in this region are known to be the most active on the island, and while the Punta Montalva fault itself has largely remained quiet in the last few decades, since instrumental records began, this is a mere blip on geologic timescales, Vanacore says.

“When talking geologic times, you’re talking millions and billions of years,” she says. The next goal, Vanacore says, is to figure out how often this level of activity might occur along the Punta Montalva fault.

In the meantime, Vanacore cautions people to obtain information about the ongoing quakes from reliable sources, such as the USGS or the PRSN. Whenever possible, locals can also take steps to put themselves out of harm’s way in the near future.

“Stay in a safe location, away from power lines, or trees, or hill slopes—anything that can fall on you and hurt you,” Bohon says. “Be aware that more shaking is coming.”