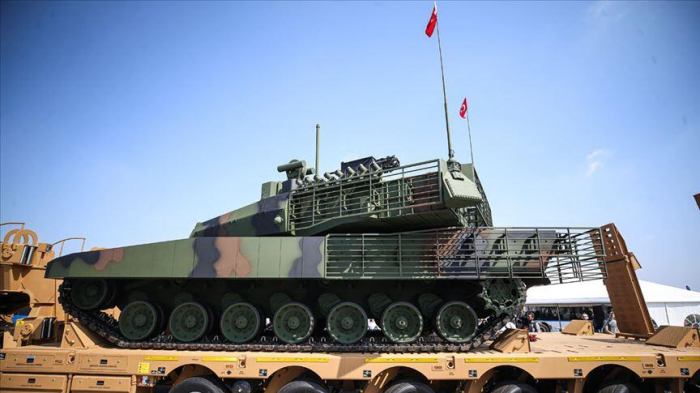 The 18-month production period is delayed because they have not yet obtained a power pack/engine from the foreign company, he said.

“If the application in the power pack does not result, the 18-month period for the production cannot start. We had 18 months publicly announced. At that time, we were waiting for a final application. This application did not currently encounter a positive or negative response; it’s pending,” Demir told reporters on Jan. 6.

Turkey is seeking an alternative supply of this equipment for the moment, but they aim to rely on indigenous production at the end of the day, he added.

The directorate contracted armored vehicle manufacturer BMC for the initial production of a batch of 250 Altay tanks. The Turkish government also provided the BMC a military tank production-maintenance factory in Arifiye.

Altay would be powered by a German-made engine and a German-made transmission mechanism. BMC planned to use these engines in the first prototype Altay tanks. However, Germany is reluctant to share technology with Turkey over political concerns.

Four power units were provided earlier, but this quantity was not enough for initial production, Demir also said. “We have four power packs from the prototype stage, but if we start the first party with them, opening a production line is impractical,” he stated.

The Altay project is Turkey’s first main battle tank development program, which includes electronic command and control systems, a 120-millimeter gun and armor, all of which will be made by Turkish defense companies.

Altay’s prototype of the tank was shown to the public at a 2011 defense show in Istanbul.