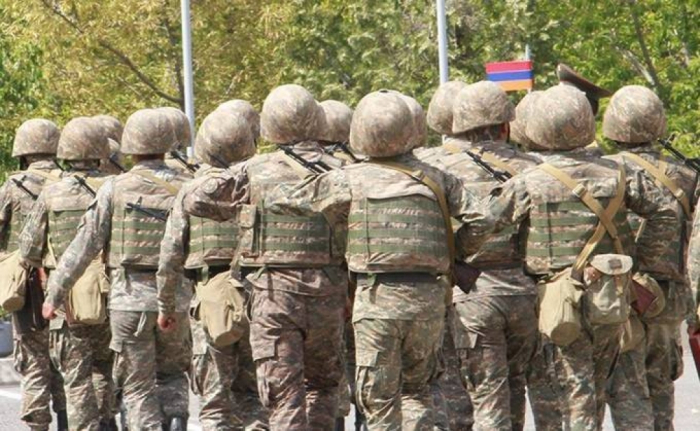 In December 2019, Colonel Artak Budaghyan was appointed commander of the fourth Army Corps of the Armenian occupying army. At first glance, it is not surprising, but the appointment to such a high-ranking post of Budaghyan, known for his ‘criminal adventures’, raises many important questions.

Budaghyan reportedly gained great wealth by engaging illegal drug trade when he was serving as the regiment commander of the Armenian army’s first Army Corps stationed in Askeran district.

Budaghyan was one of the most active members of the drug trafficking network created by his brother and the then mayor. Suffice it to mention the names of several gang members to imagine the great power of this network. The network, patronized by former Armenian president Serzh Sargsyan and head of the separatist regime created in the occupied Azerbaijani territories Bako Sahakyan, includes ex-governor of the Syunik region Suren Khachatryan, his son Tigran Khachatryan, as well as Artak Budaghyan’s brother Avetik Budaghyan.

The drug trafficking network was exposed after an incident that took place during a gathering in a summer house owned by ex-governor of the Syunik region Suren Khachatryan in the district of Gorus. A dispute suddenly erupted among those who gathered in the summer house to distribute the income gained through illicit drug trade. Bako Sahakyan, who was also present at the gathering, left the summer house upon the Budaghyan brothers’ advice. The dispute later turned into an armed incident, which ended in the deaths of Colonel Budaghyan’s brother Avetik Budaghyan and ex-governor Suren Khachatryan’s bodyguard. The colonel was also seriously injured during the incident.

Suren Khachatryan’s son Tigran Khachatryan and his bodyguard Z. Nikogosyan were arrested in a course of the investigation into the incident. However, the involvement in the incident of Colonel Budaghyan, who were accused of threatening to kill and causing serious harm to death, was hushed up thanks to the intervention of former Armenian defense minister Seyran Ohanyan and Bako Sahakyan. After that drug lord Budaghyan, who had been serving in the occupied territories of Azerbaijan until 2014, was promoted to a higher position – deputy commander of the Armenian army’s fourth Army Corps.

It also reported that Artak Budaghyan, when he was serving as the regiment commander in 2012, committed sexual violence against contractual serviceman Armine Martirosyan. The colonel was relieved of his duty after the victim’s complaints. However, Budaghyan was reinstated with the help of his drug business partners in the Armenian political leadership and Defense Ministry.

The continued growth in illicit drug trafficking in the territories controlled by Budaghyan, who was promoted to a higher position on Bako Sahakyan’s initiative, give reason to believe that Armenian Prime Minister Nikol Pashinyan has a share in revenues from drug trade.