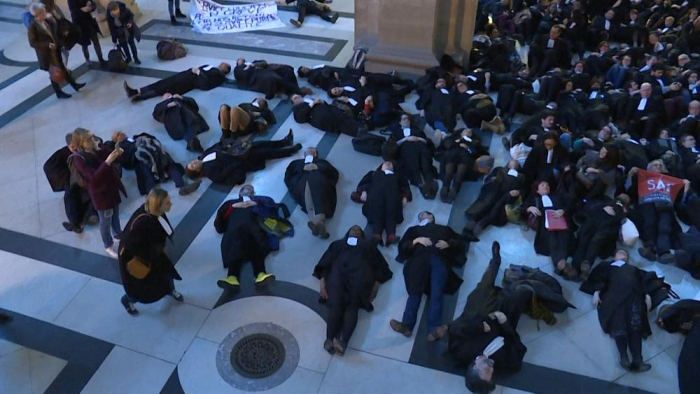 Protesting lawyers take over a Paris courthouse to express their opposition to the government's pension reform overhaul amid calls for the resignation of Justice Minister Nicole Belloubet.

It came after another day of mass demonstrations by opponents of a reform that aims to sweep away France's 42 separate pension schemes in favour of a single system.

Some 452,000 people turned out across France on Thursday for marches that were again marred by clashes with police and vandalism, with 27 people detained in Paris.