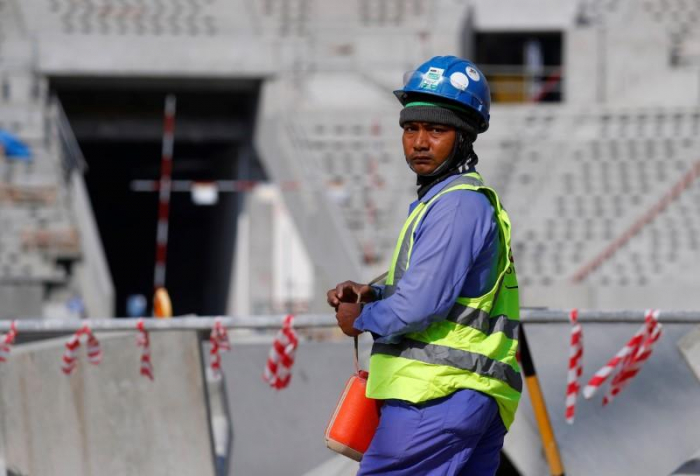 Qatar said on Thursday it had scrapped restrictions on leaving the country for nearly all migrant workers as part of reforms answering accusations of exploitation especially in the run-up to the 2022 World Cup.

The measure removes exit visas for hundreds of thousands of domestic workers left out of earlier reforms - mainly from Asian nations like Nepal, India and the Philippines - whom rights groups said were left open to abuse by being excluded.

Unions and activists have documented labor exploitation, dangerous conditions and deaths of workers building stadiums and infrastructure for both the 2018 World Cup in Russia and the upcoming event in Qatar.

The Gulf state, which hopes the 2022 World Cup will boost its economy and development, is eager to show it is creating a modern system that protects all expatriate workers.

“The removal of exit permits is an important milestone in the government’s labor reform agenda,” said Houtan Homayounpour, head of the International Organization for Labour (ILO) office in Qatar, which welcomed the move.

Qatar in 2018 eliminated exit visas for many foreign migrant workers. But the reform did not apply to domestic workers, government and public institution staff, the oil and gas sector, and workers employed at sea and in agriculture.

Under the new system, exit permit requirements will remain in place for members of the armed forces and for a limited number of workers in key company posts.

“Employers have the right to identify a maximum of 5% of their workforce whose exit from Qatar will continue to require prior approval,” a government statement said.

A “kafala” sponsorship system for workers is common in Gulf states with large foreign communities. In gas-rich Qatar, it requires workers to obtain employers’ consent before changing jobs, which activists say fosters exploitation.

In 2017 the ILO, a United Nations’ body, dropped a case against Doha over its treatment of foreign workers after it committed to far-reaching reforms.