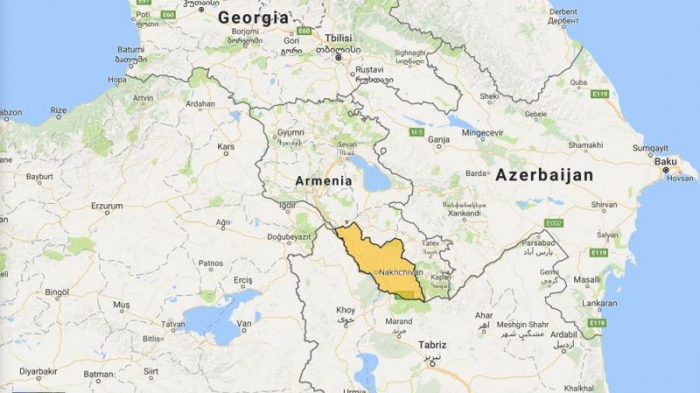 30 years ago, for the first time in the history of the Soviet regime, autonomy declared its secession from the Soviet Union. Only a year and a half later, in September 1991, the Baltic countries gained their independence, and at the end of that year, the Soviet Union itself collapsed.

By January 1990, the aggression of Azerbaijan by Armenia, which was also largely facilitated by the actual inaction of the leadership of the then Soviet empire, was taking place against the backdrop of increased political and economic pressure on Azerbaijan, and suppression of the desire of our people for freedom and independence. The Soviet army and the repressive apparatus of the regime as a whole, who committed mass killings in Baku, which remained in our memory as "January Massacre" (Black January), planned to continue the same policy in other regions of Azerbaijan, including Nakhchivan.

Since January 1990, Armenian armed forces constantly attacked the neighbouring settlements of Nakhchivan. Under these conditions, the local leadership of Nakhchivan demanded from the leadership of the Soviet Union to ensure the security of the autonomous republic in accordance with its constitutional obligations. The leadership of the former USSR, which was mostly pro-Armenian, not only did not prevent, but in many cases helped the Armenian (then still illegal) armed groups in the attacks on Nakhchivan, and in some cases took a direct part in these attacks. On January 15, 1991, the Nakhchivan enclave of Karki was occupied with the participation of a unit of Soviet internal troops and immediately transferred to the control of the Armenian side. The ultimate goal of this bacchanalia was to create an atmosphere of fear and hopelessness among the population of Nakhchivan autonomy in order to create conditions for the outflow of the local, Azerbaijani population and its subsequent capture by the Armenians.

Since January 1990, attacks of Armenians in the Sadarak direction began to intensify. In this strategic region lies a narrow strip of the border with Turkey, and control over this strip, in fact, could predetermine the fate of the Azerbaijani population in the Nakhchivan exclave.
In this critical situation, more than 20 thousand people who spontaneously gathered for a rally in front of the autonomy parliament in Nakhchivan demanded an emergency meeting of the Supreme Council of the Autonomous Republic. At an extraordinary session of the Supreme Council (the former name of the parliament of autonomy) of the Nakhchivan Autonomous Soviet Socialist Republic, which took place on the evening of January 19, 1990, it was decided to secede from the USSR by reason of gross violation of the multilateral Kars Treaty, as well as failure to fulfil its obligations by the Union State in accordance with Article 81 of the Constitution of the USSR. By the decision of the parliament, Nakhchivan was declared an independent republic.

This decision of the parliament of Nakhchivan, a small region located on the periphery of a huge empire, was a shock to the leadership of the Soviet Union, and for several days this news was in the centre of attention of leading world media. In fact, this news from Nakhchivan was a powerful signal for the Soviet empire. Although the Supreme Council of the Azerbaijan Soviet Socialist Republic cancelled this decision of the parliament of autonomy on January 27, 1990, nevertheless, this bold and decisive political step was of great importance. For the first time in the entire 70-year history of the Soviet Union, the declaration of the autonomous territory to secede from the empire caused a wide resonance throughout the world. This event also prevented attempts by the Soviet leadership to transfer their repressions and punitive actions that they had previously committed in Baku to Nakhchivan. The Soviet leadership was forced to abandon the armed intervention in Nakhchivan. On the other hand, this decision of the parliament of autonomy made it possible to inform the international community about the military expansion of Armenia. In fact, it was a failure of plans for a quiet capture and the subsequent annexation of Nakhchivan. The bold move of the Nakhchivan parliament also had a huge domestic political effect in Azerbaijan. The decision to leave the USSR also served as a message to those who were in power at that time in Azerbaijan and could not, or did not want to resist, to oppose the imperial policy of the union centre. The prevention of attempts to recreate the repressive apparatus of the Soviet regime in the Nakhchivan autonomy also served as the basis for protecting the interests of the autonomous republic and the development of national statehood and brought the region to the forefront of the processes of independence and democratization of Azerbaijan. Later, the national leader Heydar Aliyev, referring to the decision of the Supreme Council of the Nakhchivan Republic of January 19, 1990, noted: “This bold step of the Nakhchivan people at that time was the only kind of step in the Soviet Union, which proved and demonstrated the fact how brave, ambitious, freedom-loving and tied to their independence are the Nakhchivan people.”