Why promoted women are more likely to divorce -  iWONDER 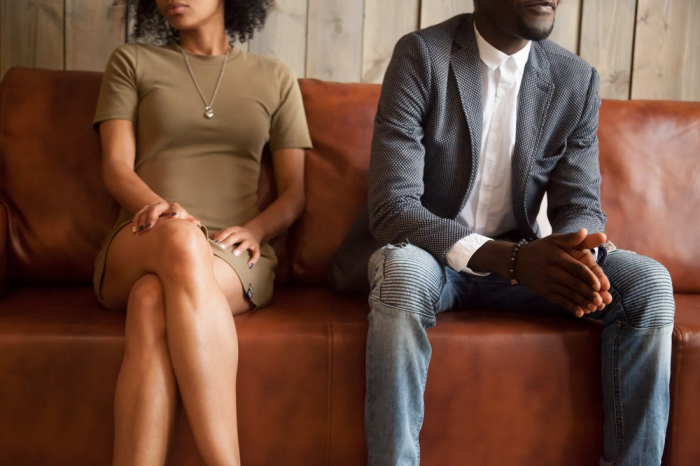 Getting a top job dramatically increases women’s chances of divorce, even in egalitarian countries. Why isn’t it the same for men?

Having a successful and enjoyable career alongside a fulfilling romantic relationship is a life goal for many of us. But even in the most gender-equal countries, finding a partnership that lasts is trickier for high-flying women than men.

In Sweden, which ranks first in the EU’s gender equality index thanks to factors like generous parental leave, subsidised daycare and flexible working arrangements, economists recently studied how promotions to top jobs affected the probability of divorce for each gender. The result: women were much more likely to pay a higher personal price for their career success.

“Promotion to a top job in politics increases the divorce rate of women but not for men, and women who become CEOs divorce faster than men who become CEOs,” summarises Johanna Rickne, a professor at Stockholm University and co-author of the research, which was published earlier this month in American Economic Journal.

The paper, which looked at the lives of heterosexual men and women working for private companies with 100 or more employees, found that married women were twice as likely to be divorced three years after their promotion to CEO level compared to their male counterparts. In the public sector, using three decades’ worth of records, women mayors and parliamentarians promoted after an election doubled their chances of splitting from their partners; 75% were still married eight years after the vote compared with 85% of those who didn’t get promoted, while there was no evidence of a similar effect for men. Female medical doctors, police officers and priests who progressed in their careers also followed the trend. 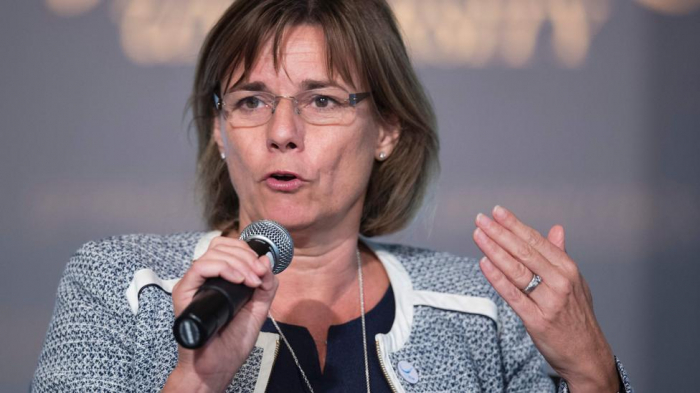 The authors noted that while the majority of participants in the study had children, most had left home by the time their parents divorced, so the marriage stressors in the run-up to these separations were not connected to more generalised pressures of having small children.

Rickne argues that although Sweden has provided the legislation and societal structures to create “the expectation that you shouldn’t need to choose between family and career”, the research reveals that what happens to families when women progress up the career ladder is often a different story.

Many couples experience “stress and friction” when there are changes in the division of their economic and social roles, for example due to the impact on the amount of leisure time they can spend together or how they divide up household tasks. But this, the research team argues, is often amplified when it is the woman who is promoted, because it creates more of a mismatch of expectations.

While Rickne’s research did not measure which party initiated divorce in each case, one theory is that the husbands of top managers who got promoted found the situation harder to deal with than wives who were married to high-performing men. She points out that the marriage market has not kept up with the labour market when it comes to gender equality, since it is “still seen as quite unusual for men to be the main supportive spouse in someone else’s career”.

“I think this norm changing is pretty far off,” she adds. Her team’s research, she argues, might therefore act as a lesson about what lies ahead for other countries that are moving towards more egalitarian economies.

For Charlotte Ljung, 39, a CEO within a luxury bed and furniture group in Sweden who also runs an online advice platform for people getting divorced, Rickne’s research reflects common concerns within her own network of high-achieving women.

“The joke is ‘the better you do at work, the more likely you are going to get a divorce’,” she laughs. 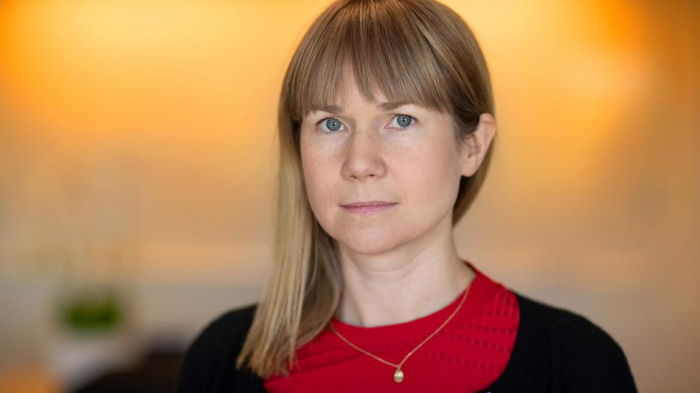 According to Rickne’s research, women mayors and parliamentarians were twice as likely to split from their partners after being promoted (Credit: Magnus Bergström)

She got divorced while her two children were still small and says that for her, juggling parenthood and a senior role was a key source of friction within her marriage. But Ljung believes that “the practical aspects” of being a CEO, such as frequent travel, long hours and the pressures having a high public profile can often cause struggle for the partners of senior female managers even if the couple doesn’t have kids.

“It is also the power perception – who wears the pants, who brings in more money,” she argues. “Men today often find it intriguing in the beginning and want to be seen to support you and root for you – and I think that is a very positive thing – but I think a few steps down the line, when reality kicks in, it can be more difficult for men to deal with.”

So how might women aiming for top jobs mitigate their chances of entering into a relationship that destabilises when they reach the top of their career ladder?

Rickne points out that, even in egalitarian countries like Sweden, women still tend to marry older men who start out having more money than them, harking back to traditional “prince in the fairytale” narratives that “try and teach us to find as successful a husband as possible”.

“High-income high-status women – they don’t marry a low-income man who wants to be a house husband. They tend to seek an even more high-income husband. But thinking forward to your possibilities in the labour market, this might not be ideal,” she argues. “Maybe try and get into a more egalitarian relationship from the start.”

Couples who were closer in age and took a more egalitarian approach to childcare were less likely to divorce following a wife’s promotion.
Her research in Sweden found that divorces after promotions were most likely in couples where the wife was younger than her husband by a larger margin and took a bigger share of parental leave (which, in Sweden, partners legally have the right to split evenly between them).

Couples who were closer in age and took a more egalitarian approach to childcare were less likely to divorce following a wife’s promotion. The paper calls for more research to explore the conditions that might encourage “women at the top of the ability distribution to expand their choice set of partners to ‘marry down’ and for men to do the opposite”.

Charlotte Sundåker, 38, was promoted to interim CEO of a global education company in Stockholm two years after having her first child with her long-term partner Christian Hagman, who is 31. She believes his younger age played a positive role in their relationship surviving “lots of friction” after she got the job; there was “less pressure for him to be more successful” since he was in a different phase of his career.

Sundåker describes him as being “of another generation that tries to challenge the old ways of being a man”, which made him more supportive of her tough workload. But both partners argue that the core reason they remained together was frequent and honest conversations about the challenges they were facing.

“When she actually started, she was obviously consumed by it. That is the nature of being a CEO,” says Hagman. “I was a bit sad about not connecting with her on a daily basis from a relationship standpoint... But she saw me and she listened to me, and I did the same.” 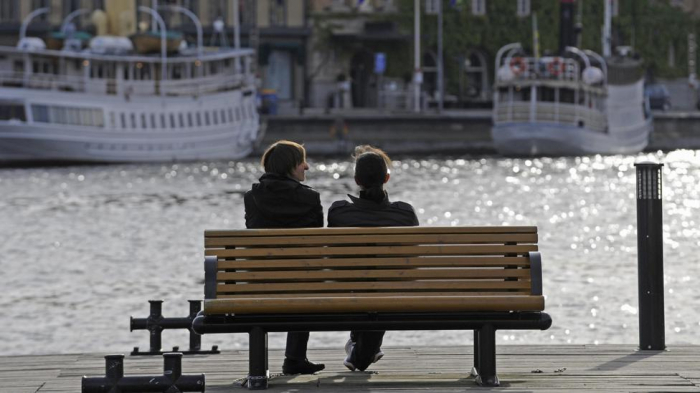 In countries like Sweden, high-income women tend to reject egalitarian relationships in favor of seeking out even more high-income husbands (Credit: Getty Images)

The couple says that having a long-term perspective was also essential, with an understanding that Hagman would want to have his own more career-focused period in the future. He has since started his own design consultancy, while Sundåker now runs her own business and heads up Ownershift, a Swedish think tank designed to empower more women to do the same.

Divorced CEO Charlotte Ljung believes that increased awareness of the common challenges faced by couples after women are promoted into more senior jobs could also improve the chances of relationship survival, even for those who start off in more gender-traditional roles.

“One has to be careful about putting on a feminist hat and pointing fingers, because nothing has really prepared men for this change, practically,” she says. “We need to provide better tools and raise awareness of the subject by talking about it. In the same way we have destigmatised therapy in Sweden, is there is a similar thing we can do to help men?”

The benefits of divorce

Meanwhile, divorce isn’t always a bad thing. Molly Malm, a lawyer for Swedish law firm Lexly, points out that Sweden’s overall high divorce rate compared to the rest of the EU is linked to its gender equality goals. The high level of female participation in the workforce and a norm of shared custody of children following a split makes it easier for divorcees of all economic backgrounds to leave partnerships that aren’t working.

“Getting a divorce doesn’t always need to be the end of the world,” says Malm, who points out that is has become normalised in Scandinavia to get married multiple times or have several long-term partners across a lifetime. “Sweden is not very religious… You get married because it’s romantic and joyful, it goes hand in hand with a big celebration. If it doesn’t work out, you know that you can file for divorce.”

‘Society has accepted divorce more, and it might be a positive thing’ – Johanna Rickne
Rickne’s data suggests that women who divorce after scoring top promotions are less likely than men to remarry or have a serious relationship. But from her work it’s not possible to conclude whether they are happier without a partner or if they found it harder to find someone new compared to their male counterparts. However, one constructive consequence of high divorce rates, she argues, is that it has become much easier for both men and women in Sweden to hold senior roles in business and politics without a partner.

“In other places... if you are on the campaign trail and you want to appeal to voters, you almost have to have a spouse by your side. The same thing might happen for CEOs – that their spouse becomes a necessary asset in their world of work, but in Sweden that’s not really the case,” says Rickne.

“Society has accepted divorce more, and it might be a positive thing,” she argues. “If women get into unequal relationships with a spouse that will not support their career, divorce lets them continue their careers alone and possibly look for a new partner... It’s not necessarily ideal to stay with the same person your whole life.”