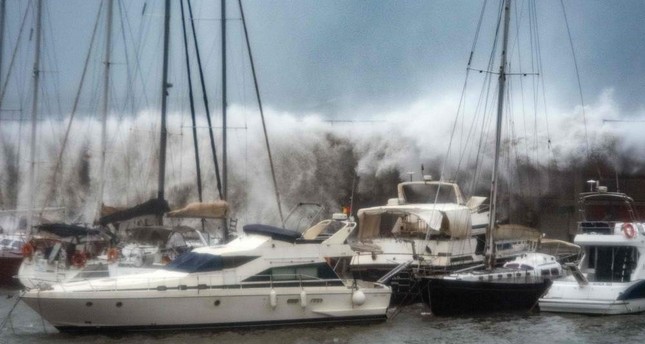 The death toll from a storm that has lashed Spain with strong winds and heavy snow has risen to seven, while four people were missing, officials said, AzVision.az reports citing AFP.

Gale-force winds and huge waves have smashed into seafront towns, damaging many shops and restaurants, wrecking beach facilities and flooding some streets in the east of the country since Sunday.

The latest victim was a man who fell into the sea in the northeastern port of Palamos, emergency services said late Wednesday. Police found a body on Wednesday in a flooded area in the eastern region of Valencia where they were looking for a 67-year-old man who went missing in his car, a local police spokesman said. Two other deaths were recorded in the southern region of Andalusia, among them a 77-year-old farmer killed after a greenhouse collapsed on him in a hailstorm, police said. Four people were still believed to be missing after Storm Gloria crashed into eastern Spain on Sunday with gusts of over 100 kilometers (60 miles) per hour, massive waves, snow and freezing rain.

National weather agency Aemet said the storm was starting to abate on Wednesday although it kept the northeastern region of Catalonia and the Balearic Islands on alert. In the south of France, 1,500 people were evacuated as two rivers quickly overflowed overnight on Wednesday.

Meteorologists said the rains would continue throughout Thursday, varying in intensity, in France's southernmost Mediterranean departments of the Pyrenees-Orientales and Aude.

While winter storms are not rare on Spain's Mediterranean coast, Spain has suffered several episodes of unusually intense rainfall in recent years. Seven people died in September 2019 in flash floods in southeastern Spain and in October 2018, 13 people died on Mallorca as intense rain caused rivers to overflow with raging waters that tore through streets and swept away cars. A study published in October by the Mediterranean Experts on Climate and Environmental Change (MedECC), a group of more than 600 scientists, said episodes of heavy rain could increase in the region by 10-20% because of climate change.