US moves to restrict entry for pregnant women on ‘birth tourism’ 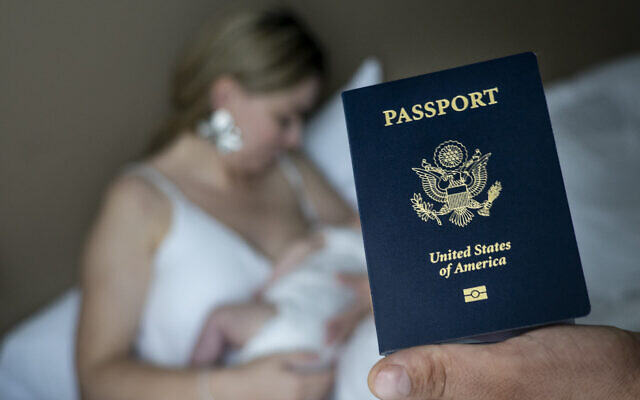 New visa rules aim to minimize number of foreigners who take advantage of American ‘birthright citizenship,’ a particular area of chagrin for Trump.

The Trump administration is imposing new visa rules aimed at restricting “birth tourism,” in which women travel to the United States to give birth so their children can have US citizenship. The regulations, which took effect Friday, address one of President Donald Trump’s main political priorities.

The regulations seek to chip away at the number of foreigners who take advantage of the constitutional provision granting“birthright citizenship” to anyone born in the United States, a particular peeve of Trump’s. Under the new rules, pregnant applicants will be denied a tourist visa unless they can prove they must come to the US to give birth for medical reasons and they have money to pay for it or have another compelling reason — not just because they want their child to have an American passport.

Officials said that consular officers will not be asking all female visa applicants of child-bearing age whether they are pregnant or intend to get pregnant. Rather, they said consular officers would ask the question only if they had reason to believe the applicant is pregnant and likely or planning to give birth in the US.

Visual cues such as appearing to be pregnant or listing “medical treatment” as a reason for wanting to travel to the United States might trigger such questioning, the officials said. Even if a woman is found to be pregnant and likely to deliver her child in the United States, she could still be granted a visa if she was able to demonstrate a valid reason for the travel such a visiting an ailing relative or attending a business meeting or conference, they said.

Officials said the rule will not apply to foreign travelers coming from any of the 39 mainly European and Asian countries enrolled in the Visa Waiver Program, which allows citizens of those countries to come the US without a visa for temporary stays. The rule will only apply to applicants for so-called “B” class visas that permit short-term stays for business or pleasure.

“Closing this glaring immigration loophole will combat these endemic abuses and ultimately protect the United States from the national security risks created by this practice,” White House press secretary Stephanie Grisham said in a statement. “It will also defend American taxpayers from having their hard-earned dollars siphoned away to finance the direct and downstream costs associated with birth tourism. The integrity of American citizenship must be protected.”

The practice of traveling to the US to give birth is fundamentally legal, although there are scattered cases of authorities arresting operators of birth tourism agencies for visa fraud or tax evasion. And women are often honest about their intentions when applying for visas and even show signed contracts with doctors and hospitals.

The State Department “does not believe that visiting the United States for the primary purpose of obtaining US citizenship for a child, by giving birth in the United States — an activity commonly referred to as ‘birth tourism’ — is a legitimate activity for pleasure or of a recreational nature,” according to the new rules, which were published Thursday in the Federal Register.

Birth tourism is a business where companies for a steep fee offer foreign women the chance to come the US on a tourist visa, have a baby, get medical care, get citizenship, have a place to stay with their newborn, and then leave. It’s distinct from what Trump and his allies deride as “anchor babies,” referring to poor women who enter the US illegally at the US-Mexico border to give birth to a child and then stay in the US illegally. But the end result is the same: a coveted US passport.

The Trump administration also has turned away pregnant women coming over the US-Mexico border as part of a broader immigration crackdown. Those women were initially part of a “vulnerable” group that included others like small children who were allowed in, while tens of thousands of other asylum seekers have been returned to Mexico to wait out their cases.

The Trump administration has been restricting all forms of immigration, but the president has been particularly troubled by birthright citizenship. Trump has railed against the practice and threatened to end it, but scholars and members of his administration have said it’s not so easy to do.

Birth tourism is a lucrative business in both the US and abroad. Companies take out advertisements and charge up to $80,000 to facilitate the practice. Many of the women travel from Russia and China to give birth in the US.

The US has been cracking down on the practice since before Trump took office.

Elena Balmiler, the founder of the Florida firm AIST USA, which caters to Russian mothers-to-be, said she did not expect the new rules would stop her business. She said her business gets about 60 queries a month and had 45 clients last year, because Trump has been unable to end birthright citizenship.

“So far it has resulted in nothing but intentions, guesses, publications and projections,” she said. “Not a single person has changed their mind to fly to the USA because Trump plans to stop [birthright] citizenship.”

There are no figures on how many foreign women travel to the US specifically to give birth. The Center for Immigration Studies, a group that advocates for stricter immigration laws, estimated that in 2012 about 36,000 foreign-born women gave birth in the US and then left the country.

“This rule will help eliminate the criminal activity associated with the birth tourism industry,” according to the rules. “The recent federal indictments describe birth tourism schemes in which foreign nationals applied for visitor visas to come to the United States and lied to consular officers about the duration of their trips, where they would stay, and their purpose of travel.”