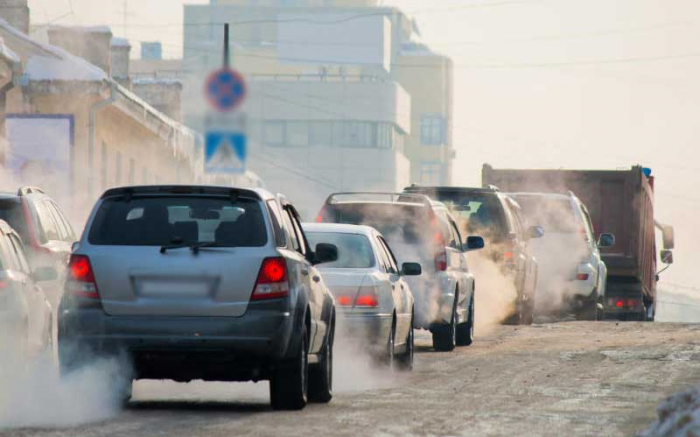 High levels of exposure to traffic-related air pollution at a very young age may lead to structural changes in the brain, a new imaging study suggests.

Brain scans of 12-year-old children show reduced thickness of the cortex and decreased gray matter volume in those who lived less than a quarter of a mile (400 meters) from a major highway at age 1, according to a report in PLoS ONE.

“The take-home message is that the quality of air we breathe matters, especially to our children,” said lead author Travis Beckwith, a research fellow at the Imaging Research Center at the Cincinnati Children’s Hospital Medical Center in Ohio.

Having a thinner cortex and less gray matter may suggest there are fewer brain cells and fewer connections in the brain, Beckwith said in an email.

“This, in turn, can alter or impair function, depending on where it is located and when this is occurring,” Beckwith said. “A question we haven’t answered yet is whether these results are the brain failing to develop properly or if brain cells are dying due to exposure. If it’s a developmental problem, it’s possible the brain can rewire itself to compensate. If established cells are dying, the change in function can be more pronounced and possibly permanent.”

The cerebellum - which handles a lot of fine tuning in motor control and which may play a role in regulating emotions and behavior as well - was also largely affected, Beckwith said.

To take a closer look at the possible impact of traffic-related air pollution, Beckwith and his colleagues performed MRI scans on 135 kids participating in a larger research project, the Cincinnati Childhood Allergy and Air Pollution Study, or CCAAPS. That long-term study recruited the families of children younger than 6 months old to examine the health impact of early childhood exposure to air pollution.

Children participating in CCAAPS were brought to the clinic at ages 1, 2, 3, 4, 7 and 12 years. During each visit, caregivers filled out questionnaires that asked about the children’s health, general wellbeing, housing characteristics and residential history. At age 12, the children were assessed on reading ability, executive function, mental health, intelligence and other neurodevelopmental outcomes. They were also given MRI scans.

Pollution exposure for each child was estimated using data from an air sampling network that included 27 sites in the Cincinnati area.

For the new study, Beckwith and colleagues compared children with the highest exposure to traffic related air pollution during the first year of life, based on residential address, to those with the lowest exposure.

After accounting for other factors that could influence brain development, including maternal IQ and neighborhood poverty level, the researchers found that children exposed to the highest pollution levels had thinner cortexes compared to those with little pollution exposure.

The new findings confirm and extend what’s been seen in other imaging studies, said Darby Jack, an associate professor of environmental health sciences at the Columbia University Mailman School of Public Health in New York City. “This is one more piece in a very important puzzle,” Jack said.

Other studies have found that children exposed to high levels of traffic-related pollution tend to perform poorly on standardized tests, Jack said. “This study is getting us one step closer to understanding the underlying biology.”

A limitation of this and other studies on pollution and brain development is that children living in areas with high pollution tend to be poorer than those who get to breathe clean air, Jack noted. But the fact that only certain brain areas appear to be affected suggests it’s actually the pollution exposure that is altering the brain, he added.

Taken as a whole, the research connecting pollution to changes in brain development “is getting quite convincing,” Jack said.