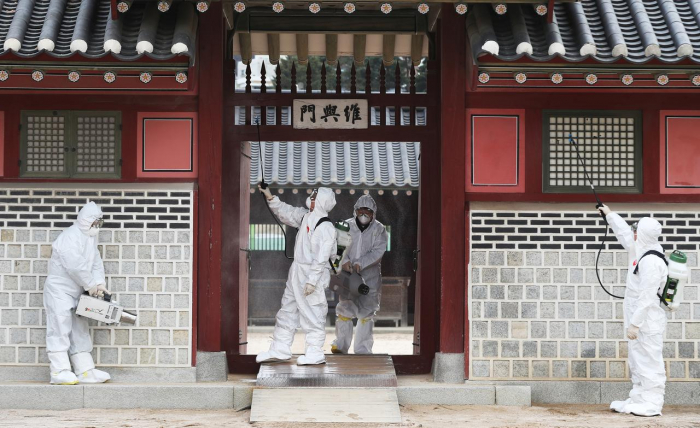 Angry South Koreans volleyed eggs and expletives on Thursday at a minister and officials trying to defuse their ire over plans to quarantine hundreds of citizens set to be flown home from the epicenter of a new virus epidemic in China.

The first of up to four flights planned to evacuate South Koreans from Wuhan departed on Thursday night carrying some 360, after an unexpected hours-long delay because China had only approved one flight.

South Korea also reported its fifth and sixth confirmed cases of the virus on Thursday, including the first patient infected in South Korea. Previous cases only involved people who had traveled to Wuhan.

As the South Koreans were gearing up to fly out of Wuhan, protesters in Asan and Jincheon, cities about 80 km (50 miles) south of Seoul, the capital, used tractors to block access to facilities earmarked for quarantine centers.

In Asan, demonstrators threw eggs and shouted expletives when Chin Young, the minister of interior and safety, arrived to talk to them on Thursday. Police held up umbrellas as a shield.

“If it’s so safe why don’t you bring them to your home?” one protester shouted at Chin.

The minister said he sympathized with the concerns, saying the facilities were chosen as the only ones large enough to accommodate the evacuees.

“South Korean citizens in Wuhan are suffering... So we need to bring them in as soon as possible, right?” he said.

Chin cut short a meeting with Jincheon residents after being interrupted by two people who yelled at him. Some even lied down in front of a car that was leaving the venue carrying him.

The government wants to isolate evacuees for at least two weeks at the facilities, usually used as training centers for government officials, to rule out any symptoms.

Domestic media broadcast videos of protesters grabbing the hair of a vice health minister who visited late on Wednesday, before pushing him and dousing him with water.

Ahead of Thursday’s flights, President Moon Jae-in called for calm and decried “fake news” for having stirred up excessive anxiety.

“The weapons that will protect us from the new coronavirus are not fear and aversion, but trust and cooperation,” he said in a speech in Seoul.

Around 700 South Koreans have signed up for charter flights, but Vice Foreign Minister Lee Tae-ho said at the Incheon airport before the first plane’s departure that Seoul might have to reduce the number of flights to one or two and talks will continue with Beijing to secure their early return.

“I am a mother of a 3-year-old and a 4-year-old,” said Jincheon resident Lee Ji-hyun, who was among a handful of protesters demanding that the quarantine center be located further away from homes and schools.

“I was so worried I sent them to stay with my in-laws.”

Others said they took children out of kindergarten or sent them to relatives in other cities.

“I don’t like my friends who have traveled to Japan or China because they might be carrying the coronavirus,” said Song Ji-hoo, a 6-year-old accompanying his mother to the protest.

He was sad at not being able to play with his friends, who had all been sent to stay with their grandparents, he added.

In his speech, Moon tried to reassure residents, saying only those free of symptoms would be among the initial evacuees and would be placed in isolation.

“The government will be taking air-tight steps to ensure the residents...do not need to be concerned,” he added.

The new strain has an incubation time ranging from one to 14 days and can spread before symptoms show, complicating border screening precautions.

South Korea will give China emergency aid worth $5 million, from masks to protective suits and glasses.