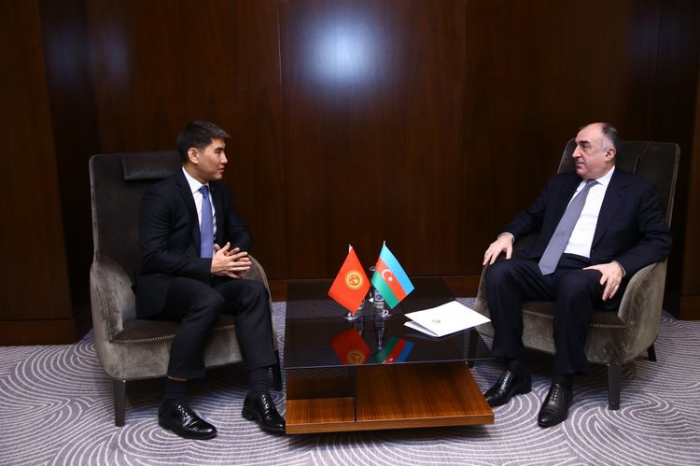 Azerbaijani Foreign Minister Elmar Mammadyarov met with his counterpart from Kyrgyzstan Chingiz Aydarbekov on the sidelines of the extraordinary meeting of the Council of Foreign Ministers of the Cooperation Council of Turkic Speaking States (Turkic Council) in Baku.

The ministers had a broad exchange over various issues of bilateral cooperation agenda, the Azerbaijani Foreign Ministry told AzVision.az.

At the meeting, Minister Aydarbekov noted with satisfaction that he was received by President of the Republic of Azerbaijan Ilham Aliyev and stressed that the meeting was fruitful.

The sides highly appreciated the existing cooperation between Azerbaijan and Kyrgyzstan and stressed the importance of further strengthening of the bilateral relations.

The ministers touched upon cooperation within the Turkic Council and stressed the importance of further developing trade, economic and other relations between the participating countries. In this regard, the sides focused on the prospects of Kyrgyzstan to become more active in regional transport corridors by developing railway projects.