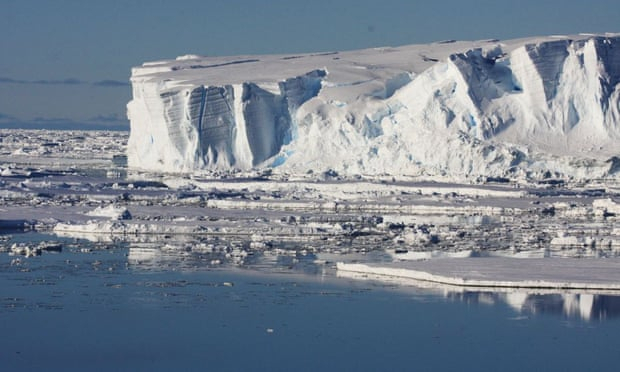 Loss of nature will wipe £368bn a year off global economic growth by 2050 and the UK will be the third-worst hit, with a £16bn annual loss, according to a study by the World Wildlife Fund, AzVision.az reports citing the Guardian.

Without urgent action to protect nature, the environmental charity warned that the worldwide impact of coastal erosion, species loss and the decline of natural assets from forests to fisheries could cost a total of almost £8tn over the next 30 years.

It said the loss appeared to be modest at just 0.67% of global income in 2050, but the estimate was conservative and the total was likely to be much higher should areas like the Antarctic deteriorate at a faster pace, causing greater warming and higher-than-forecast sea levels across the world.

The Global Futures report found that the deterioration of natural habitats including forests, wetlands and coral reefs will undermine the building blocks of essential ecosystems, reducing fish stocks, timber production and the number of pollinators.In one of the first exercises of its kind, the report said that increases in the use of fossil fuels and the expansion of agriculture and urban development into previously unused landscapes would see huge financial costs linked to losses in pollination, coastal protection, water supplies and stored carbon.

Global food prices are also likely to increase as the agriculture sector is hit by the loss of nature, with prices rising by an estimated 8% for timber, 6% for cotton, 4% for oil seeds and 3% for fruit and vegetables by 2050.

Karen Ellis, director of sustainable economy at WWF, told the Guardian that the estimates were “very conservative” and governments should expect the impact of the climate emergency to be much higher.

“[The study] only looked at six ecosystem services, so this is almost certainly an underestimate. The real costs are probably much higher. This is the first attempt to make such a comprehensive assessment, so this is a preliminary estimate,” she said.

She said the authors had been unable to make an estimate of the cost of remedial action to repair the damage to ecosystems, as there were too many variables, but that such estimates might be possible in future studies.

Most climate change assessments up to now have focused on the funds needed to mitigate a rise in global temperatures of 1.5C.

The Stern report, written by the UK economist Lord Stern in 2006, found that cutting carbon emissions to limit temperature increases would cost 1% of GDP annually, but ignoring climate change could cause economic damage up to an estimated 20% of GDP.

The WWF study, which was produced in partnership with the Global Trade Analysis Project at Purdue University and the Natural Capital Project in the US, covered 140 countries.

The UK could be one of the worst-hit countries, behind only the US and Japan, with annual costs from lost natural services that would equal the current combined yearly funding for the police, fire services, prisons and law courts.

The main economic costs for Britain would be through the loss of habitats that form natural coastal protection systems and homes for marine life, such as seagrass beds, reefs and saltmarsh.

That would lead to flooding and erosion as well as declining fish stocks harming the fishing industry, WWF said.