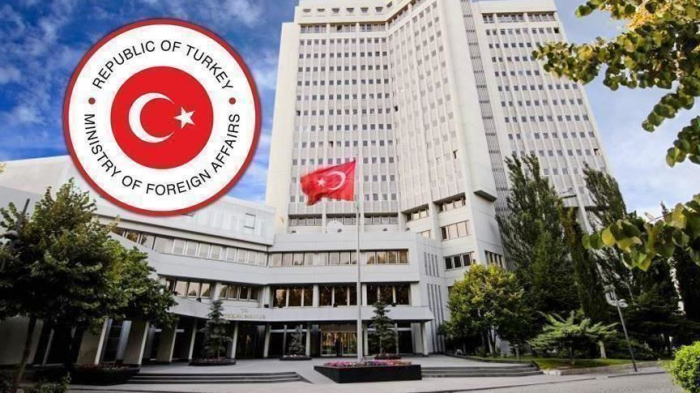 Turkey on Thursday condemned the Syrian regime parliament over a resolution recognizing the 1915 incidents in Ottoman era as so-called “genocide”.

“It is the picture of the hypocrisy of a regime which has indulged in every kind of carnage towards its own people including children for years, and which caused the displacement of millions of them and well-known for its dexterity in using chemical weapons,” the statement added.

Aksoy also noted: “Purporting these baseless claims by a cruel regime which has lost its international legitimacy, is a clear indicator of the twisted mindset that lays behind it.”

Aksoy’s statement came as a response to a question on the resolution adopted by the Syrian regime’s parliament on the 1915 events in Ottoman era.

Turkey objects to the presentation of the incidents as “genocide” but describes the 1915 events as a tragedy in which both sides suffered casualties.

Ankara has repeatedly proposed the creation of a joint commission of historians from Turkey and Armenia plus international experts to examine the issue.