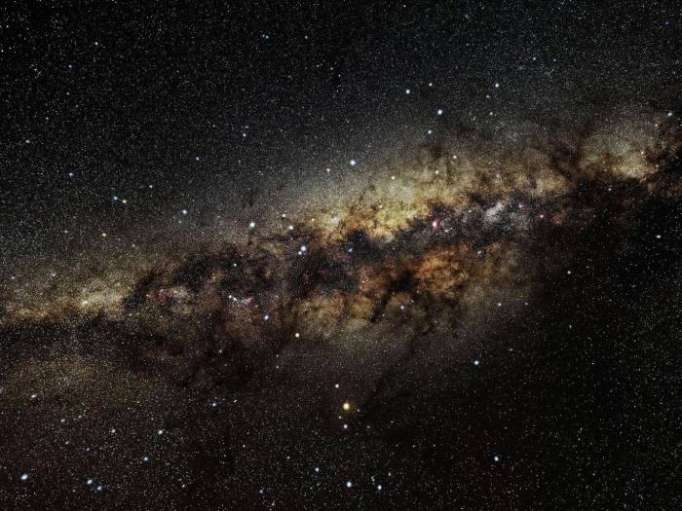 The Universe we know today, filled with stars and galaxies across the great cosmic abyss, hasn't been around forever. Despite the fact that there are approximately 2 trillion galaxies visible to us spanning distances of tens of billions of light-years, there's a limit to how far away we can look. That isn't because the Universe is finite — in fact, it may well be infinite after all — but because it had a beginning that occurred a finite amount of time ago: the Big Bang.

The fact that we can look at our Universe today, see it expanding and cooling, and infer our cosmic origins is one of the most profound scientific achievements of the 20th century. The Universe began from a hot, dense, matter-and-radiation filled state some 13.8 billion years ago, and has been expanding, cooling, and gravitating ever since. But the Big Bang itself doesn't work the way most people think. Here are the top 5 myths that people believe about the Big Bang. 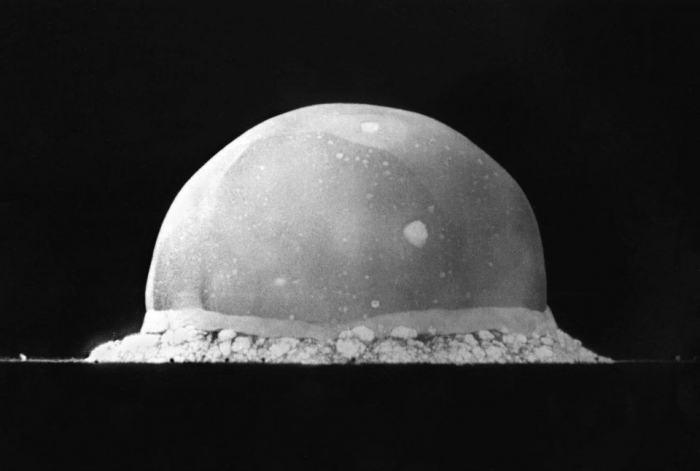 The first stages of the explosion of the Trinity nuclear test, just 16 milliseconds after... BERLYN BRIXNER

1) The Big Bang is the explosion that began our Universe. Every time we look out at a distant galaxy in the Universe and try to measure what its light is doing, we see the same pattern emerge: the farther away the galaxy is, the more significantly its light is systematically shifted to longer and longer wavelengths. This redshift that we observe for these objects follows a predictable pattern, with double the distance meaning that the light is shifted by twice as much.

Distant objects, therefore, appear to be receding away from us. Just as a police car speeding away from you will sound lower-pitched the faster it moves away from you, the greater we measure an object's distance to be from us, the greater the measured redshift of its light will be. It makes a lot of sense, then, to think that the more distant objects are moving away from us at faster speeds, and that we could trace every galaxy we see today back to a single point in the past: an enormous explosion.

The 'raisin bread' model of the expanding Universe, where relative distances increase as the space... NASA / WMAP SCIENCE TEAM

But this is a total misconception about what the Big Bang actually is. It isn't that these galaxies are moving through the Universe itself, but rather that the fabric of space that makes up the Universe itself is expanding. Just as raisins appear to recede in proportion to their distance in a leavening ball of dough, the galaxies appear to recede from one another as the Universe expands. The raisins aren't in motion relative to the dough; the action of the expanding dough itself simply appears to drive them apart.

It wasn't an initial explosion that causes galaxies to move away from one another, but rather the physics of the expanding Universe as governed by Einstein's General Relativity that causes space (with galaxies contain within it) to expand. There was no explosion, just a rapid expansion that has been evolving based on the cumulative gravitational effects of everything contained within our Universe. 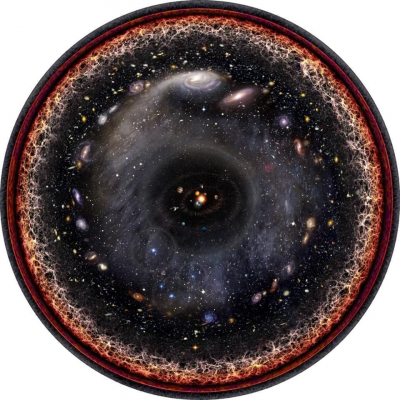 2) There is a point in space that we can trace the Big Bang 'event' back to. Similarly, there's no "center point" to the event of the Big Bang. You might initially think that if everything appears to be expanding away from everything else, then we can extrapolate everything back to when they all originated at the same location. Just as a grenade has a central location from where all the shrapnel must have originated, it makes sense to think the Universe must have had a similar point of origin.

But the Universe didn't explode; it just expanded. In an expanding Universe, every location in space looks the same, when you consider a large-enough volume of it. On the large-scale average, the Universe appears to have the same density, the same temperature, and the same number of galaxies everywhere. And if you extrapolate it back in time, it will appear hotter and denser, but that's because space itself is evolving and expanding, too. 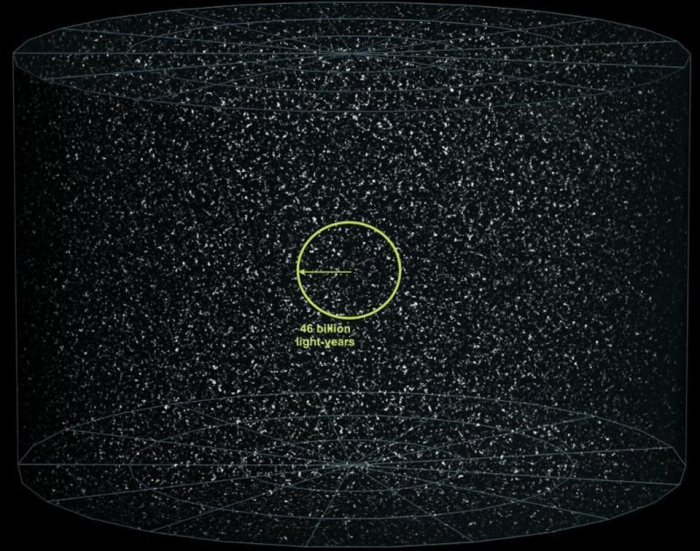 The observable Universe might be 46 billion light years in all directions from our point of view,... FRÉDÉRIC MICHEL AND ANDREW Z. COLVIN, ANNOTATED BY E. SIEGEL

When we extrapolate the Universe backwards in time, we can calculate that it must have been smaller and denser in the past, but that applies to all of space for all observers. Every single observer at every point has equal claim to being at the center, just as every region of space has the same large-scale properties as every other similarly sized region of space.

The Big Bang didn't happen at one single point, but rather occurred everywhere at once, and did so a finite amount of time ago. When we look back at the more distant regions in the Universe, we are looking back in time, and so is every other observer from every other perspective the Universe offers. The fact that the Universe has no repeating structures, shows no identifiable edge, and has no preferred direction all offer evidence that there is no specific origin point for the Big Bang: it happened everywhere at once, with no preferred central location at all. 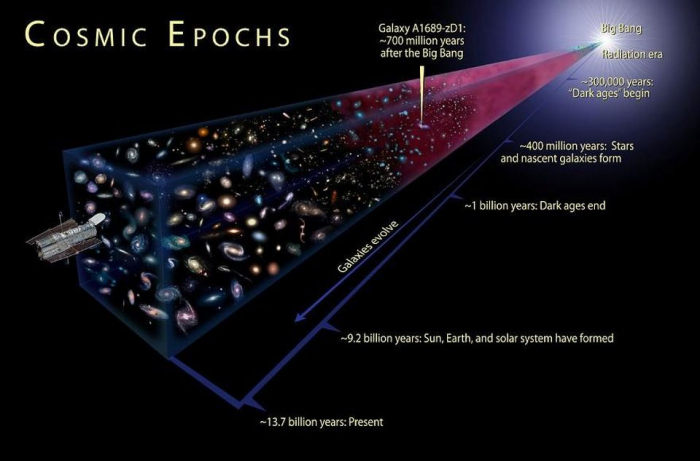 The stars and galaxies we see today didn't always exist, and the farther back we go, the closer to... NASA, ESA, AND A. FEILD (STSCI)

3) All of the matter and energy in our Universe was compressed into an infinitely hot, dense state at the Big Bang. If the Universe is expanding and cooling today, then it must have been smaller, denser, and hotter in the past. You can imagine, in fact, going all the way back, as far as your imagination can take you, until you've achieved a size that gets infinitesimally small, leading to arbitrarily high densities and temperatures. Perhaps that was the "instant" of the Big Bang: an infinitely hot, dense state.

Only, we have a few ways to test that hypothesis out! First off, the temperature fluctuations that we see today, leftover in the cosmic microwave background, would have fluctuations that were as large as the maximum temperature compared to the Planck energy scale. Those fluctuations would appear only up to the scale of the cosmic horizon (and smaller). And there ought to be even left-over relics that only appear at high energies, like magnetic monopoles, filling our Universe. 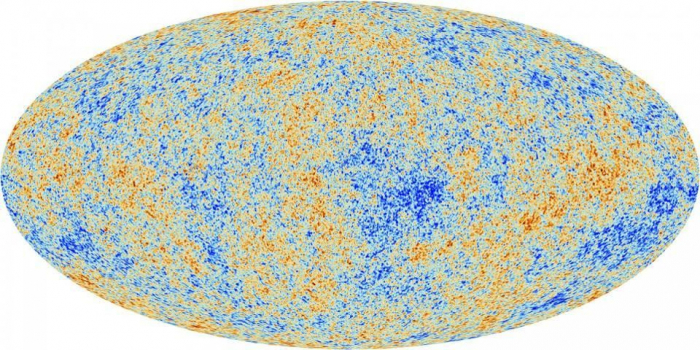 The fluctuations in the Cosmic Microwave Background are of such small magnitude and of such a... ESA AND THE PLANCK COLLABORATION

In the 1990s, 2000s, and 2010s, respectively, humanity received our major results from the COBE, WMAP, and Planck missions. They probed the fluctuations in the leftover glow from the Big Bang: the cosmic microwave background, and helped look for these exact signatures. What they found, along with other experiments (like direct searches for magnetic monopoles), demonstrated that the Universe never reached temperatures that were greater than ~0.03% of the Planck energy scale.

The temperature fluctuations are only 1-part-in-30,000, thousands of times smaller than an infinitely hot state predicts. Fluctuations appear on scales larger than the cosmic horizon, robustly measured by both WMAP and Planck. And the constraints on magnetic monopoles and other ultra-high-energy relics strongly disfavor an ultra-high-energy past to our Universe. The conclusion? The Universe had a temperature cutoff in its past, never rising above a critical threshold. 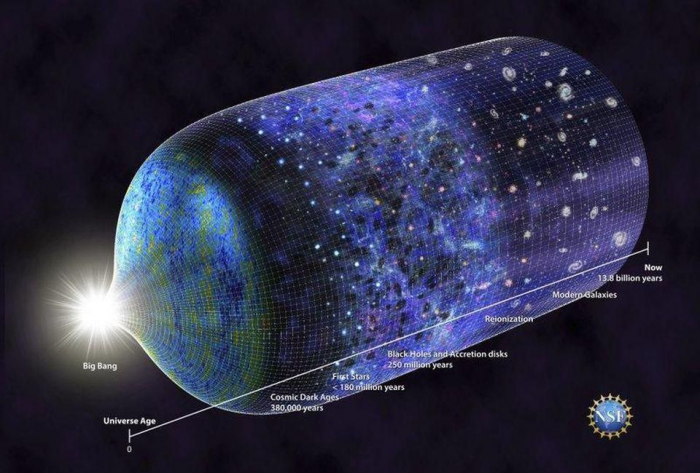 Our entire cosmic history is theoretically well-understood, but only because we understand the... NICOLE RAGER FULLER / NATIONAL SCIENCE FOUNDATION

4) The Big Bang makes it inevitable that our Universe began from a singularity. Even if the Universe reached a maximum temperature in the early stages of the hot Big Bang, there still needed to be a phase that preceded and set up that hot phase. In order to be consistent with what we observe, it must have:

The theory that sets up all of these initial conditions for the Big Bang is known as cosmic inflation, and has been verified by multiple lines of evidence. 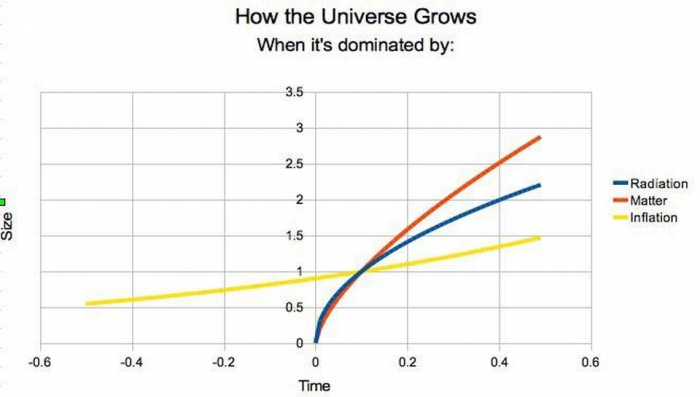 But one of the key surprises that inflation brought along was the following realization: if inflation precedes the Big Bang, then it won't lead to a Universe that reaches an infinitesimal size at a finite point in the past. The Universe expands exponentially during inflation, which means that it will double in size on a certain timescale if you run the clock forward, but will only halve and halve in size on that same timescale if you go backwards. No matter how many "halves" you take, you never reach zero.

It's still possible that there was a separate phase that existed before cosmic inflation took place, and if so, perhaps the Universe did begin from a singularity after all. But we can only state, based on the observational evidence we have, that inflation lasted at least some tiny fraction of a second, didn't lead to a singularity itself or at the start of the hot Big Bang, and we do not know what came before inflation began. 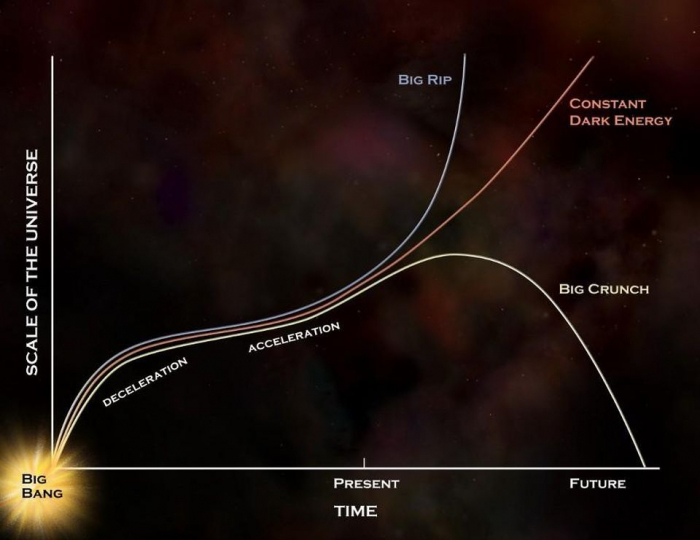 The different ways dark energy could evolve into the future. Remaining constant or increasing in... NASA/CXC/M.WEISS

5) Space, time, and the laws of physics did not exist prior to the Big Bang. If you had reached a true singularity, or a place where you reached infinite densities and temperatures, the laws of physics would break down. In General Relativity, singularities are where spacetime can either enter or exit existence, and without spacetime, there are not even necessarily rules that govern the physical Universe that could exist within it.

But those laws must certainly have existed during the inflationary phase that set up the Big Bang itself. With the knowledge we have of inflation, and the observational confirmation of its predictions, however, new questions arise. These include:

The three major possibilities for how time behaves in our Universe are that time has always existed... E. SIEGEL

The truth is that it's possible, but we don't know for sure. Only the final fraction-of-a-second of inflation imprints itself on our Universe, and anything that occurred before that moment has had its observable signatures literally inflated away. Even theoretical attempts to argue about the complete/incomplete nature of inflationary spacetimes aren't concrete; it's possible that inflation didn't last forever, and had a singular beginning, but it's also possible that it either endured eternally or even had a cyclic character, with space and time looping back on itself eventually.

Thousands of years ago, there were three main possibilities for how time began: it has always existed, it began a finite duration in the past, or it's cyclical in nature. Even with all we've learned about the Big Bang and what set it up, it's impossible to draw a robust conclusion. We don't have sufficient information in our observable Universe to know whether time is finite or infinite; whether it's cyclical or linear. But even before the Big Bang, we can be certain that space, time, and the laws of physics themselves definitely existed.

Read the original article on Forbes.