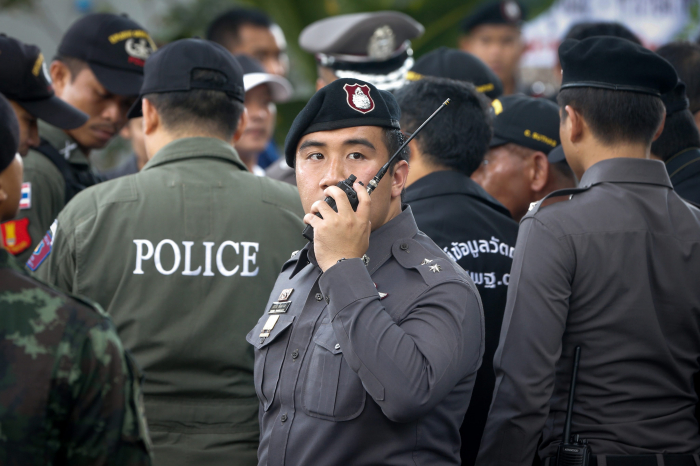 A man killed his ex-wife and wounded another person at a shopping center in Bangkok on Tuesday, police said, 10 days after a mass shooting at another mall in Thailand’s northeast.

The gunman then fled the Century The Movie Plaza, near the Thai capital’s Victory Monument and is still on the run, Thai police said.

“One person died and another was injured,” police Colonel Kissana Pattanacharoen told Reuters.

Police said in a statement they knew the suspect’s identity and were working to apprehend him.

The gunman entered a beauty clinic at the mall where his ex-wife worked and opened fire, killing her and wounding a bystander, Kissana said.

The nine-storey mall, best known for its top-floor cinema, was continuing to operate and only the area where the shooting took place was cordoned off.

The plaza is connected to the Victory Monument skytrain station, a transit hub that was crowded with commuters in the late afternoon rush hour.

Ten days before, a soldier killed at least a dozen people at the Terminal 21 shopping center in the northeastern city of Nakhon Ratchasima. He had earlier killed his commanding officer, other soldiers at his base and several people at a Buddhist temple.