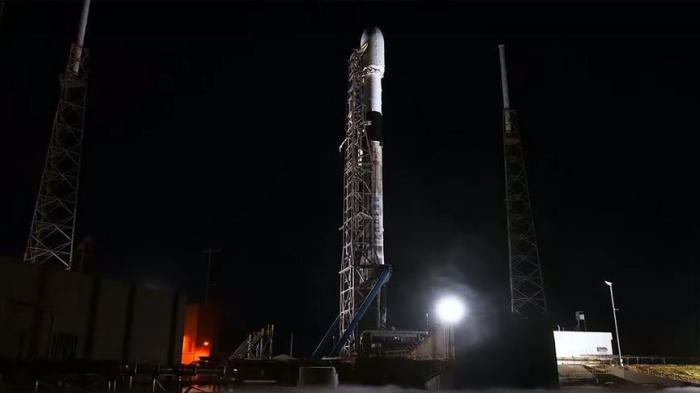 The company confirmed on Twitter the successful deployment of the satellites, noting that the deployment marked 80th successful flight of Falcon 9 – a two-stage rocket designed and manufactured by SpaceX for the reliable and safe transport of satellites and the Dragon spacecraft into orbit.

The Starlink satellites – each weighing around 260 kilograms (573 pounds) – were scheduled to be deployed in an elliptical orbit around 15 minutes after the liftoff.

Starlink aims to deliver high speed broadband internet to locations where access has been unreliable, expensive, or completely unavailable, according to SpaceX.

As SpaceX believes that rocket reusability is the pivotal breakthrough needed to cut the cost of space access, Falcon 9 was the first orbital class rocket capable of re-flight, the company said.

"While most rockets are designed to burn up on reentry, SpaceX rockets can not only withstand reentry, but can also successfully land back on Earth and refly again."

In March 2017, SpaceX achieved the world’s first orbital-class rocket re-flight, when Falcon 9 rocket launched a geosynchronous communications satellite from Launch Complex 39A at NASA's Kennedy Space Center in Florida. Following stage separation, the first stage successfully returned to Earth for a second time, landing on a drone ship stationed in the Atlantic ocean, marking a historic milestone on rocket reusability.

In 2012, Falcon 9 first delivered Dragon spacecraft into the correct orbit for rendezvous with the International Space Station, making SpaceX the first commercial company ever to visit the station, said the company.

As part of the Starlink project, the company plans to launch a total of 12,000 internet satellites by 2027.

Founded in 2002, SpaceX aims to revolutionize space technology, with the ultimate goal of enabling people to live on other planets, according to its website.