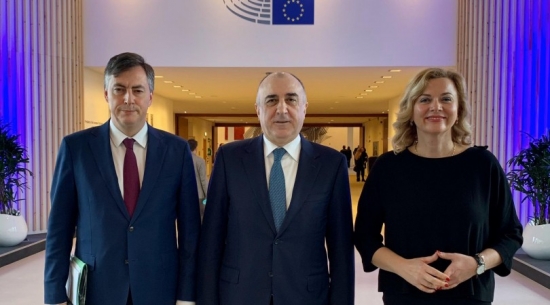 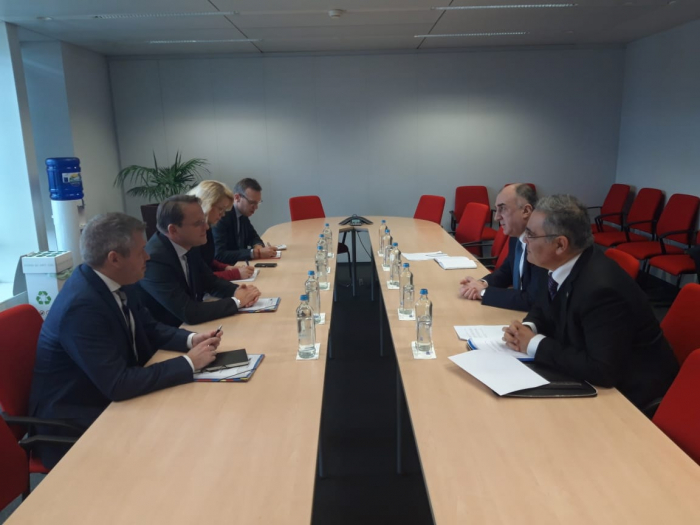 Commissioner O. Várhelyi noted the importance of intensification of negotiations over the new Agreement between the EU and Azerbaijan and proposed to reach an agreement over the document before the Eastern Partnership Summit to be held in June 2020 and initial it during the Summit meeting.

Minister Elmar Mammadyarov briefed his interlocutors on the current state of negotiations on the settlement of the Armenia-Azerbaijan Nagorno-Karabakh conflict, as well as open discussions held with the participation of the President of Azerbaijan and the Prime Minister of Armenia within the Munich Security Conference. The importance of resolving the conflict in accordance with the requirements of the international community, including the relevant resolutions of the European Parliament, and ensuring the territorial integrity and sovereignty of Azerbaijan within its internationally recognized borders was emphasized.

During the meeting, the sides exchanged views on the existing mutually beneficial cooperation between the EU and Azerbaijan, including the ongoing negotiations on a new agreement that will form the legal basis for bilateral relations. In this context, the current status of trade negotiations and the recent meeting with the EU Commissioner for Trade were touched upon.

They also discussed Azerbaijan's strategic partnership with Europe in the energy sphere, the Southern Gas Corridor and the prospects for its further expansion with new projects, and energy security-related issues.

They also spoke about the early parliamentary elections in Azerbaijan. The Minister stated that these elections should be considered in the context of political and structural reforms carried out in the country, which indeed expressed the will of the people. It was noted that after the elections each complaint has been thoroughly investigated and the results in four constituencies have been cancelled.