How AI can predict heart attacks and strokes 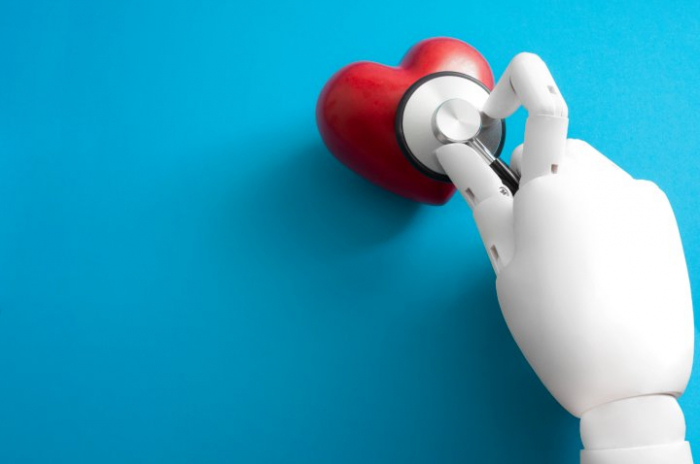 Artificial intelligence is making its way into health care, and one of its first stops is making sense of all of those scans that doctors order, Time reports.

Already, studies have shown that AI-based tools can, in some cases, pick out abnormal growths that could be cancerous tumors better than doctors can, mainly because digesting and synthesizing huge volumes of information is what AI does best.

In a study published Feb. 14 in Circulation, researchers in the U.K. and the U.S. report that an AI program can reliably predict heart attacks and strokes. Kristopher Knott, a research fellow at the British Heart Foundation, and his team conducted the largest study yet involving cardiovascular magnetic resonance imaging (CMR) and AI. CMR is a scan that measures blood flow to the heart by detecting how much of a special contrast agent heart muscle picks up; the stronger the blood flow, the less likely there will be blockages in the heart vessels. Reading the scans, however, is time consuming and laborious; and it's also more qualitative than quantitative, says Knott, subject to the vagaries of the human eyes and brain.

To try to develop a more qualitative tool, Knott and his colleagues trained an AI model to read scans and learn to detect signs of compromised blood flow. When they tested the technology on the scans of more than 1,000 people who needed CMR because they either at risk of developing heart disease or had already been diagnosed, they found the AI model worked pretty well at selecting out which people were more likely to go on to have a heart attack or stroke, or die from one. The study compared the AI-based analyses to health outcomes from the patients, who were followed for about 20 months on average. The researchers discovered that for every 1 ml/g/min decrease in blood flow to the heart, the risk of dying from a heart event nearly doubled, and the risk of having a heart attack, stroke or other event more than doubled.

“Rather than a qualitative view of blood flow to the heart muscle, we get a quantitative number,” he says. “And from that number, we’ve shown that we can predict which people are at higher risk of adverse events.”

The study confirmed that CMR is a strong marker for risk of heart problems, but did not prove that the scans could actually be used to guide doctors’ decisions about which people are at higher risk. For that, more studies need to be done that document whether treating poor blood flow—with available medication or procedures—in people with decreased flow as predicted by the AI model, can reduce or eliminate heart attacks and strokes.

The goal is to include an AI-based analysis of blood flow as part of the tests that doctors use in the emergency room to diagnose and triage heart patients. The information could help to move the highest risk people to treatments sooner, and potentially save their lives.