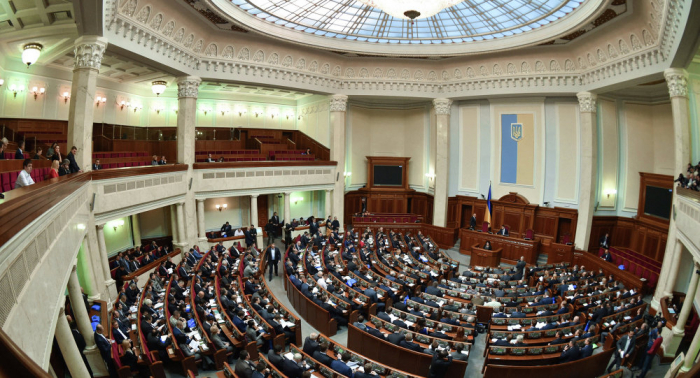 The Verkhovna Rada (Parliament) of Ukraine refused to discuss the bill on the fictional “Armenian genocide”, AzVision.az reports on Feb. 21 referring to the Azerbaijani embassy in Ukraine.

The bill "On the commemoration in the memory of victims of the Armenian genocide", presented by Ukrainian MP Daria Volodina from the "Servant of the People" ruling party, was sent back.

The discussion of the bill, which was registered on February 14, was postponed at a meeting of the Verkhovna Rada Committee thanks to the joint efforts of the Azerbaijani and Turkish embassies in Ukraine.

Armenia and the Armenian lobby claim that the predecessor of Turkey, the Ottoman Empire, committed the so-called "genocide” in 1915 against Armenians living in Anatolia.