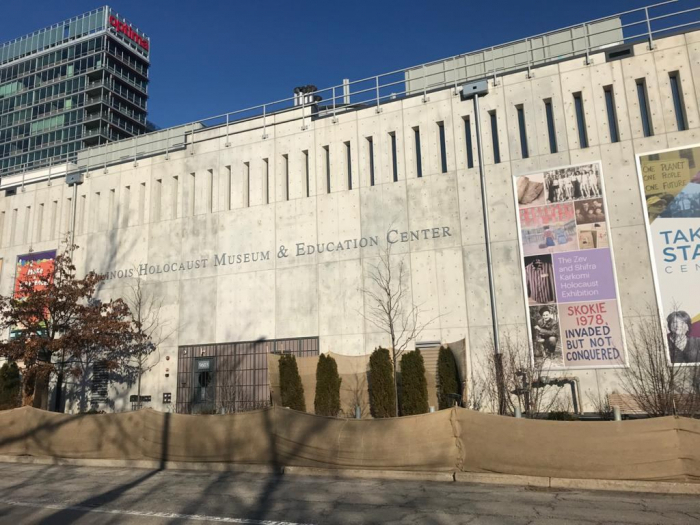 An event dedicated to the 28th anniversary of the Khojaly tragedy, one of the most tragic pages in Azerbaijan's history, was held in Chicago, the main political and cultural centre in the United States, AzVision.az reports.

The event was organized by the Azerbaijan Center of Midwest America, with the support of the State Committee for Work with Diaspora and the Embassy of Azerbaijan in the United States of America at the Illinois Holocaust Museum and Education Center.

Within the framework of the event, a photo exhibition and seminar on “Khojaly tragedy - bloody memory and memories” were organized.

The event was attended by the head of Azerbaijani Center of Midwest America (ACMA), Farid Mammadov and ACMA Board Chairman Mehriban Mammadova, Consul General of Turkey in Chicago Ayşe Selcan Sanli, an employee of the Embassy of Azerbaijan to the US Shalala Valiyeva, an employee of the State Committee for Diaspora Lala Ismayilova, US Congressman Mike Quigley's Representative, Jenny Herman, Head of the Central Asian Effectiveness Research Center, Professor Harry Lepinski, Jenin Ntihirageza, professor of genocide and war disasters at Northeastern Illinois University, Professor Maria Korkatsch-Groszko, Member of the Board of the Holocaust and Genocide Commission of Illinois, Chairman of the Board of Directors of the American American Congress in Ukraine - Roman Yatskowski and Feny Sempson-Cohen, Representative of the American Jewish Community in Chicago, as well as, as a special guest Canin Oberrotman, the Holocaust witness and others.

Speaking at the event, President of the Azerbaijani Center of Midwest America Farid Mammadov gave information about event agenda and the Khojaly tragedy.

On February 25-26, 1992, the town of Khojaly, the second largest town in the Nagorno-Karabakh region of Azerbaijan, came under intense fire from the towns of Khankendi and Askeran already occupied by the Armenian armed forces.

The Armenian armed forces, supported by the ex-Soviet 366th regiment, occupied and ruined by heavy artillery shelling the town of Khojali on February 26, 1992.

As many as 613 civilians mostly women and children were killed in the massacre, and a total of 1,000 people were disabled. Eight families were exterminated, 25 children lost both parents, and 130 children lost one parent.

Moreover, 1,275 innocent people were taken hostage, and the fate of 150 of them remains unknown. Civilians were shot at close range, scalped, and burned alive. Some had their eyes gouged out and others were beheaded.