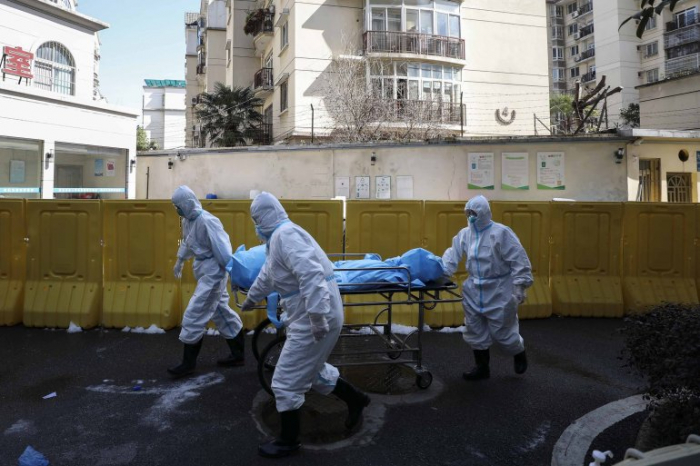 Chinese President Xi Jinping has warned the novel coronavirus is the worst public health crisis facing the country since its founding, as new outbreaks continued to expand in South Korea and Italy, raising fears of a global pandemic.

Speaking Sunday, Xi said the "current epidemic situation is still severe and complex, and the prevention and control work is at the most critical stage." The crisis is "the most difficult to prevent and control in China" since the founding of the People's Republic in 1949, Xi said. He added the outbreak was likely to have a "great impact" on the country's economy, but that epidemic prevention and control methods were beginning to have an effect.

A total of 27 of those deaths have occurred outside of mainland China, a major spike from a week ago, when only five deaths had taken place outside China, and most of those involving people who had a direct link to the country.

Major new outbreaks are developing in South Korea, Iran and Italy, with dozens of confirmed cases and multiple deaths.

South Korean President Moon Jae-in said the country was at a "watershed moment" Sunday, as he issued the highest level of national alert and ordered new resources to tackling the outbreak, which is largely focused on the southern city of Daegu but has spread throughout the East Asian country, including among the military. 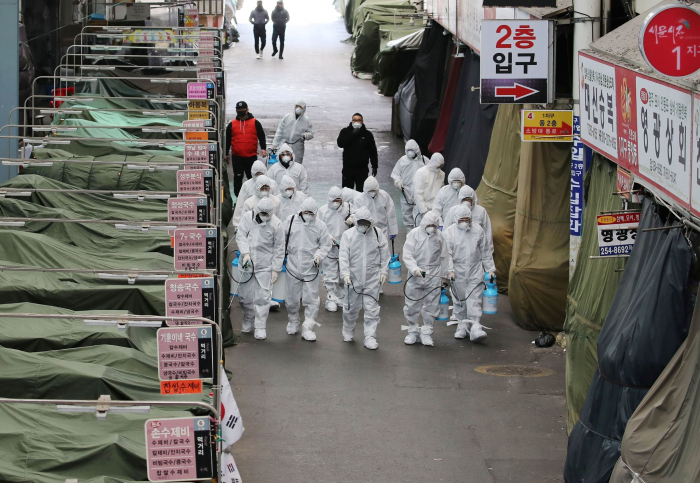 The Ministry of Defense of South Korea confirmed Monday that an additional four soldiers had been confirmed to have contracted the virus, bringing the total of military personnel to 11. There are fears that the outbreak could spread quickly among troops living in close confines, and potentially spread to US forces stationed in Korea.

In Daegu, the outbreak has been centered around the Shincheonji religious group.

Some 300 members of the group have tested positive for the virus, and more than 9,000 practitioners have been put into self-isolation while they are tested by health authorities. The infection is believed to have spread rapidly because of the mass worship sessions the group holds, which puts them in close contact with one another for long periods of time.

A Christian-inspired new religious movement centered around the personality of its founder and chairman, Lee Man-hee, the outbreak has brought intense scrutiny and no small amount of hostility on the group. Of those South Koreans who identify as religious, more than 60% belong to a mainstream Christian denomination.

Kim So-il, a project director at Shincheonji, compared the recent criticism of the group to a "19th-century witch-hunt."

"It's unfair that all people rebuke Shincheonji," he told CNN, adding that the group was in "great difficulty" right now."

Speaking Sunday, a Shincheonji representative told reporters that practitioners are the "biggest victims" of the virus, and urged people to "refrain from hate and groundless attack."

Police in Daegu said Sunday that they had deployed about 600 officers to locate the 670 members of the Shincheonji religious group whose whereabouts are unknown. Officers were visiting their registered addresses and using telecommunications service providers' location-tracking information, police said.

According to the South Korean law on the prevention of infectious diseases, health authorities are able to seek help from police and telecommunication service providers are obliged to provide information when requested by the police.

The virus has spread beyond the Shincheonji members, however, with separate outbreaks in a hospital near Daegu, as well as among the country's military. As of Monday, more than 760 cases had been confirmed nationwide, and seven deaths. 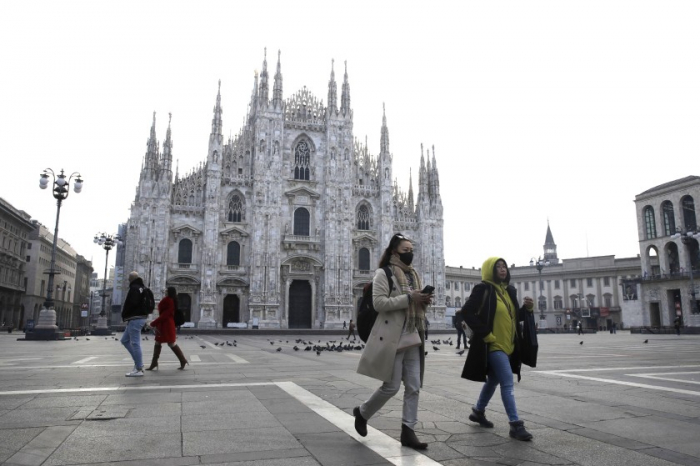 Outside of Asia, there have been a spike in cases in Italy and Iran, renewing fears that the virus is spreading globally despite numerous travel restrictions placed on China.

Authorities in Italy announced sweeping closures across the country's north and emergency measures Sunday as they scrambled to contain Europe's largest outbreak. More than 130 cases have been confirmed in Italy so far, and three deaths.

Strict emergency measures were put in place over the weekend, including a ban on public events in 10 municipalities, after a spike in confirmed cases in the northern regions of Lombardy and Veneto.

Italy's Health Minister Roberto Speranza announced severe restrictions in the affected regions, which included the closure of public buildings, limited transport, and the surveillance and quarantine of individuals who may have been exposed to the virus.

"We are asking basically that everyone who has come from areas stricken by the epidemic to remain under a mandatory house stay," Speranza said at a Saturday press conference.
Italy's top soccer league, Serie A, canceled at least three games scheduled to be played in Lombardy and Veneto regions.

The country's fashion capital, Milan, announced it would close its schools starting Monday for a week. School trips inside and outside Italy were also being canceled from Sunday, according to a statement by Italy's Ministry of Education.

Speaking Sunday, World Health Organization Director-General Tedros Adhanom Ghebreyesus said the "window of opportunity is narrowing" to contain the worst of the outbreak to mainland China.

"Although the total number of cases outside China remains relatively small, we are concerned about the number of cases with no clear epidemiological link, such as travel history to China or contact with a confirmed case," he said.

The increase in cases in Iran, South Korea and Italy "is also a matter of concern and how the virus is now spreading to other parts of the world," Tedros added.

Members of the G20, currently meeting in Saudi Arabia, warned that the coronavirus poses the greatest risk to the global economy.

"Global economic growth remains slow and downside risks to the outlook persist, including those arising from geopolitical and remaining trade tensions, and policy uncertainty. We will enhance global risk monitoring, including of the recent outbreak of Covid-19. We stand ready to take further action to address these risks," according to the final document of the conference.

The host of the G20 meeting, Saudi Finance Minister Mohammed Al Jadaan, said that countries will be ready to act on the risk coronavirus poses to commerce.

"We all agreed that all countries and states will be ready to intervene as needed to face these risks and it'll be a multilateral intervention including the WHO (World Health Organization) to monitor these risks and use relevant policies as needed," Jadaan said.