One killed, dozens injured in Delhi clashes as Trump visits 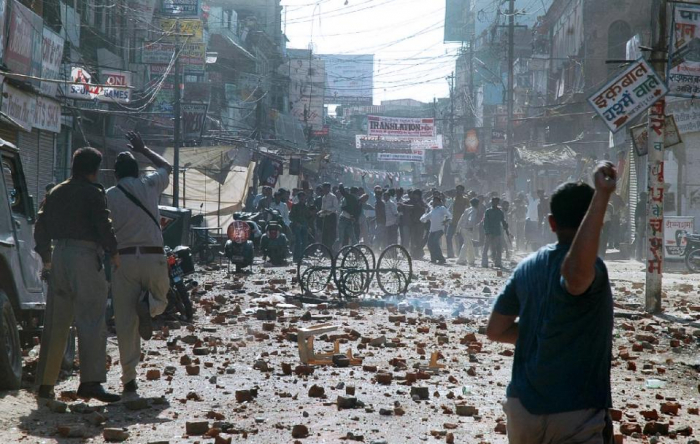 A policeman was killed and dozens of people injured amid clashes in New Delhi on Monday as thousands demonstrating for and against a new citizenship law rioted for several hours before U.S. President Donald Trump’s maiden visit to the city.

Police used tear gas and smoke grenades but struggled to disperse the crowds, as both sides hurled stones and turned a wide boulevard into a rock-strewn battle zone, about 11 miles from where Trump will meet Indian Prime Minister Narendra Modi for talks on Tuesday.

One police constable was killed, a police official told Reuters, declining to be named since he isn’t authorized to speak to media.

An official at Delhi’s GTB Hospital said more than 35 people injured in the clashes were undergoing treatment. Reuters partner ANI reported that one civilian had also died, but Reuters was unable to confirm it.

Reuters reporters saw multiple vehicles set on fire, metal barricades torn down and thick smoke billowing as supporters of the new law clashed with opponents. A small contingent of police was vastly outnumbered.

India’s capital has been a hotbed of protests against the law, which eases the path of non-Muslims from three neighboring Muslim-dominated countries to gain Indian citizenship.

This has led to accusations that Modi and his Hindu nationalist Bharatiya Janata Party (BJP) are undermining India’s secular traditions.

The BJP denies any bias against India’s more than 180 million-strong Muslim minority, but objectors have been holding protests and camping out in parts of New Delhi for two months.

Monday’s clashes were among the worst seen in New Delhi since the protests against the Citizenship Amendment Act (CAA) began in early December.

The latest round of violence came as Trump began his first visit to India as U.S. president, addressing a rally in Modi’s home state of Gujarat.