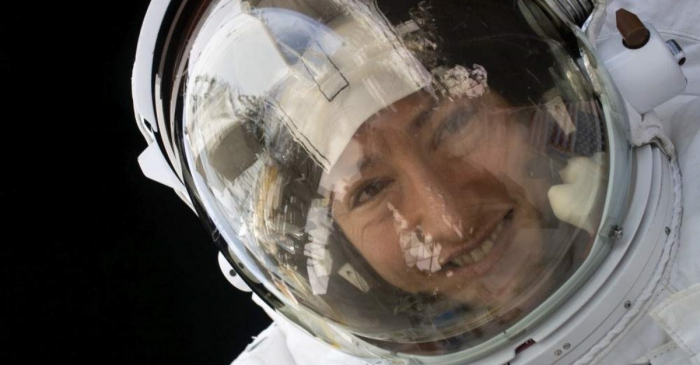 The touchdown on a snow-covered steppe also marked the return to earth of Italian astronaut Luca Parmitano and Russia's Alexander Skvortsov.

Koch's 328-day space mission broke the record for the longest continuous stay in space by a woman, previously held by NASA's Peggy Whitson. Koch broke the record on Dec. 28, 2019. She had already made history by that point as one half of the first-ever all-woman spacewalk along with NASA counterpart Jessica Meir in October.

Koch told NBC Tuesday that she would "miss microgravity" as she spoke to journalists ahead of the three-and-a-half-hour journey back to Earth.

"It's really fun to be in a place where you can just bounce around between the ceiling and the floor whenever you want," she said, smiling as she twisted her body around the ISS.

Launched into orbit last March, Koch's mission was extended in April from its original span of six months to nearly a year after she was already aboard the station. Meanwhile, Parmitano and Skvortsov rounded off regular six-month missions.

Parmitano handed over command of the ISS to Roscosmos' Oleg Skripochka Tuesday. The 43-year-old Italian posted regular shots of the Earth while aboard, highlighting the plight of the Amazon rainforest and describing the Alps as "like a spinal column, never bending to time."

Four male cosmonauts have spent a year or longer in space as part of a single mission with Valery Polyakov's 437 days the overall record. Scott Kelly holds the record for a NASA astronaut, posting 340 days at the ISS before he returned.