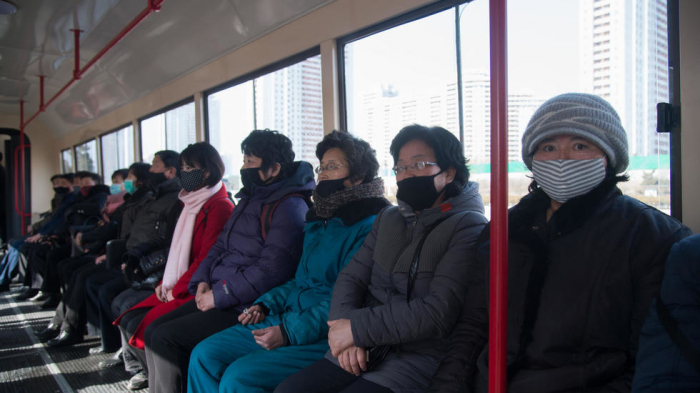 North Korea has postponed the new school term to prevent the spread of the new coronavirus, reports said Thursday, the latest measure as the ill-equipped country ramps up efforts to prevent a devastating outbreak, AzVision.az reports citing Reuters.

Pyongyang has not reported a single case of the virus now known as COVID-19, which originated in the central Chinese city of Wuhan and has since spread around the world including South Korea.

The country, which is subject to multiple international sanctions over its nuclear and ballistic missile programmes, has weak medical infrastructure and has cut itself off from the outside world, closing its borders as analysts say prevention is its only option.

"School breaks for students have been extended as a preventive measure against the infection," the Korean Central Broadcasting Station reported, according to Yonhap news agency.

The measure would apply to daycares, kindergartens and universities, it said, without specifying when schools would reopen.

The North has banned tourists, suspended international trains and flights and placed hundreds of foreigners in quarantine, under tight restrictions the Russian ambassador has described as "morally crushing".

Pyongyang planned to maintain the entry ban on foreigners until the virus can be properly diagnosed, treated and cured, a health official told the Choson Sinbo, a North Korean propaganda outlet based in Japan.

Russia's foreign ministry said it provided Pyongyang with 1,500 coronavirus diagnostic test kits at its request "due to the persisting risk of the new COVID-19".

"We hope that this step will help North Korea prevent the infection from penetrating the country," it said in a statement.

Tomas Ojea Quintana, the UN Special Rapporteur on North Korean human rights, said the international community and North Korea should "join forces" to prevent an outbreak, adding that "further isolation of the country is not the answer".

More than 43 percent of the North Korean population is malnourished, with many lacking access to adequate water and sanitation, Quintana added.

"Combined with a limited access to information, this makes them even more vulnerable to COVID-19," he said.