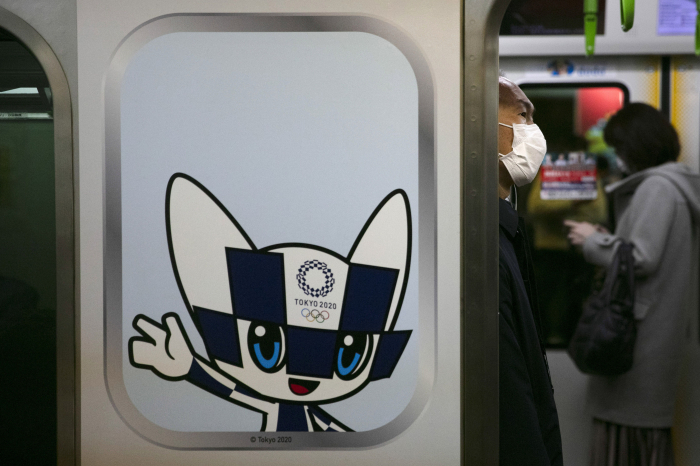 More countries are reporting cases of the new coronavirus while more governments issue travel warnings for their citizens and companies urge employees to work from home to prevent infections.

These are some of the latest developments Tuesday:

JAPAN INDICATES OLYMPICS COULD BE DELAYED

Japan’s Olympic minister says the country's contract to hold the Tokyo Games only specifies the event has to be held during 2020. Seiko Hashimoto’s response to a question in the upper house of parliament implies the Olympics could be held later in the year and would not have to start on July 24 as planned.

Eastern Europe has had comparatively few confirmed virus cases compared with other regions of the world, though it's unclear why. Now, Ukraine has reported its first. Ukrainian health officials say a man who recently arrived from Italy was diagnosed with COVID-19. The country's health system has been strained by a drawn-out conflict in the east between Russia-backed separatists and Ukrainian forces.

Saudi Arabia is advising citizens and residents to postpone travel to Germany and France due to the spread of the coronavirus in those countries. The kingdom has just one reported virus case. It said the infected person had been in Iran, where 66 people have died and more than 1,500 have the virus.

Meanwhile, Denmark’s foreign minister urged citizens to avoid non-essential trips to Italy's regions of Emilia-Romagna, Lombardy, Piedmont and Veneto “as a precaution because there is a large increase in the number of coronavirus-infected.”

Twitter is the latest company to advise its staff members to work from home, if possible, to keep themselves and colleagues healthy. The social networking site says it acted “out of an abundance of caution" to reduce the chances of the virus spreading among its workforce. Twitter said in a statement that “working from home will be mandatory for employees based in our Hong Kong, Japan, and South Korea offices, due in part to government restrictions.”

Measures to contain the new coronavirus are causing a drop in air pollution and greenhouse gas emissions in some countries. China has closed factories and curtailed travel, resulting in a noticeable reduction in emissions. Researchers at the Center for Research on Energy and Clean Air in Helsinki, Finland, say China’s carbon emissions were 25% lower in the four weeks following the end of the Lunar New Year holiday compared with the same time last year. But experts say the experience of the 2008-2009 financial crisis suggests the trend is unlikely to hold.

ANXIETY IN THE ARCTIC

Scientists taking part in a year-long expedition to the high Arctic are taking extra precautions to prevent the virus from reaching their camp during staff rotations.

Melinda Webster, a University of Alaska sea ice geophysicist who is preparing to join the international research mission aboard German icebreaker RV Polarstern next month, said incoming participants are getting tested to ensure they aren't infected before setting off for the Arctic.

“It’s a big concern for a lot of folks right now,” she said.