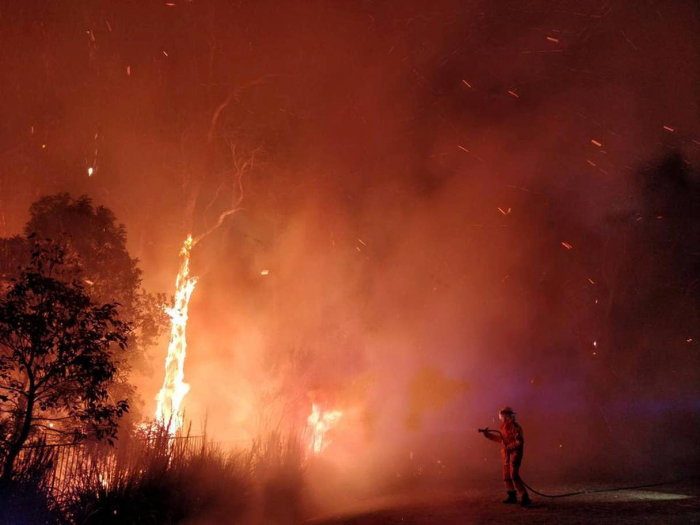 The devastating bushfires in New South Wales that displaced thousands and killed dozens are fully extinguished for the first time in 240 days.

Authorities in the southeastern Australian announced the breakthrough on Monday night, after fighting raging fires every day since July.

“For the first time since early July 2019, there are currently no active bush or grass fires,” the NSW Rural Fire Service tweeted.

The fires ravaged more than five million hectares in the region - the equivalent to the size of South Korea - and ruined some 2,000 homes, forcing thousands to flee and claiming at least 33 lives.

Heavy rain dampened the flames, giving embattled firefighters, three of whom died in the blazes, and communities a chance to recover.

It comes as analysts at the Australian Institute warned that climate change has lengthened summers by at least a month and shortened winters.

While wildfires occur frequently in Australia’s hot, dry summer season, the country is now experiencing an average of almost 31 more days of summer annually compared to the 1950s, and in Melbourne the figure is 38.

Richie Merzian, Climate and Energy Program Director at the Australia Institute, said: “Our findings are not a projection of what we may see in the future. It’s happening right now.

“Summer has grown longer even in recent years, with the last five years facing summers twice as long as their winters.

“Places such as Port Macquarie in NSW, which suffered devastating fires early in the fire season, are now experiencing seven more weeks of summer compared with the 1950s and 60s.

“According to numerous modelling exercises, including those commissioned by the federal government, it is in Australia’s national interest and economic interest to put in place a strong policy to reduce emissions.”

He added: “The Australian government’s current policies only serve to further fuel the climate crisis.”