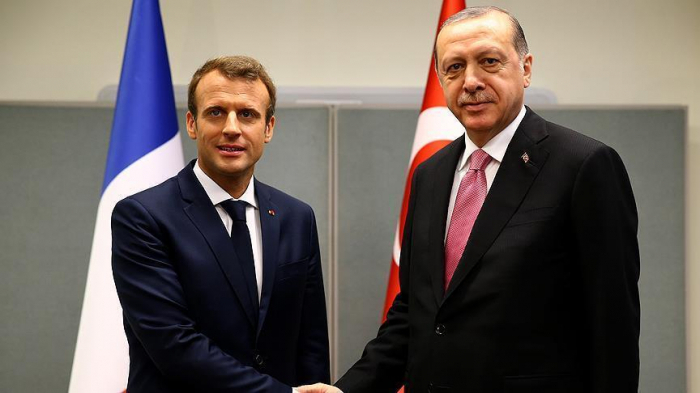 According to a statement by Turkey's Communications Directorate, Erdogan and Emmanuel Macron discussed the issues of Idlib and migrants.

Syria’s northwestern Idlib province is home to four million civilians, including hundreds of thousands displaced in recent years by regime forces throughout the war-torn country.

In recent months, nearly 1.7 million Syrians have moved near the Turkish border due to intense attacks by forces of the Bashar al-Assad regime and its allies.

Turkey, which already hosts some 3.7 million Syrian refugees, more than any country in the world, says it cannot absorb another wave of migration and has responded by opening its border to Europe for asylum-seekers, sending the EU into panic mode.

In September 2018, Turkey and Russia agreed to turn Idlib into a de-escalation zone in which acts of aggression were expressly prohibited.

But since then, more than 1,800 civilians have been killed in airstrikes and shelling by the regime and its allies.

It came after at least 34 Turkish soldiers were martyred and dozens injured in an Assad regime airstrike in the de-escalation zone just across Turkey’s southern border on Feb. 27.