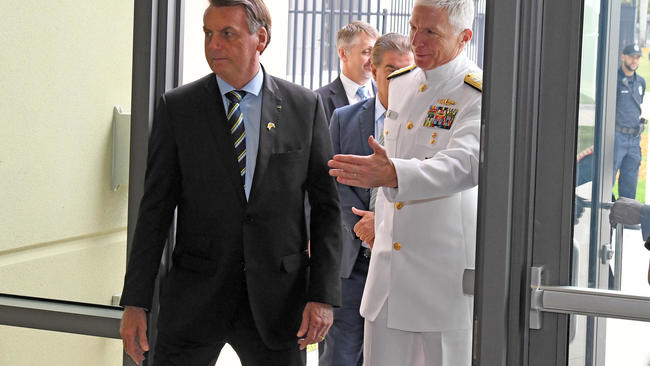 The agreement, which was also signed by Admiral Craig Faller, the head of the Miami-based command, aims to clear the way for future joint projects "to improve or supply new military capabilities," a Brazilian defense ministry statement said.

It came a day after Donald Trump hosted Bolsonaro, a right-wing populist who identifies politically with Trump, at a dinner at Mar-a-Lago, the US president's Palm Beach, Florida resort.

Afterward, the two discussed the crisis in Venezuela and reiterated their support for opposition leader Juan Guaido, whom they recognize as that country's acting president.

Venezuelan President Nicolas Maduro on Friday accused the two of plotting a conflict in Venezuela to justify a military intervention.

The US-Brazilian defense agreement "reduces bureaucratic processes" in the sale of military goods in their respective countries, the Brazilian statement said.

It said it also opens the US market to military products from Brazil, and facilitates sales to NATO member countries by the South American country.

Brazil is not a member of NATO, but the United States has designated it a major non-NATO ally.