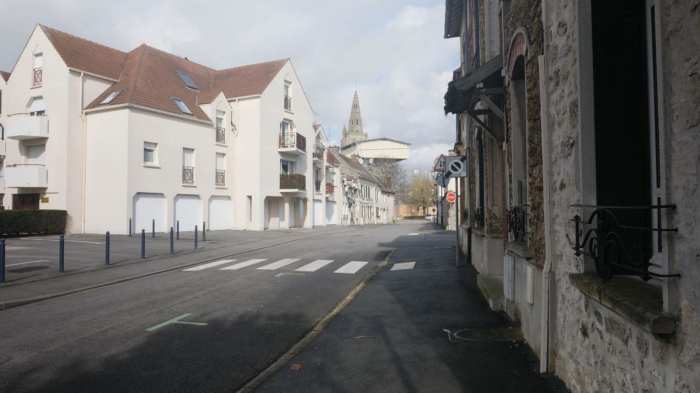 France currently has the second highest number of confirmed cases of COVID_19 in Europe after Italy.

You can drive from the bustle of Charles de Gaulle airport to the town of Crépy-en-Valois in not much more than half an hour.

But you are going from one extreme to another: from organised bustle to a very nervous sort of peace.

Drive into this town, and you go past rolling hills, farms and grand old stone buildings. You see cows, chickens, dogs and parked cars.

But as you approach the middle of the town, what you don't see are many people.

Only about 15,000 people live here, but so far at least five deaths from coronavirus have been linked to Crépy-en-Valois.

It lies in the region of Oise, north of Paris, an area that is one of the clusters within France's rapidly growing outbreak of coronavirus cases.

These are not big, industrial towns but many sit near the Paris suburbs.

There are plenty who live in this area but who commute to the airport, either to the businesses that thrive around it or else to work for the airport itself.

And now they wait to see what happens next.

Schools are already closed - parents have been told the shutdown is for two weeks but the sign I saw on the school gates said the closure was until further notice. Crèches and nurseries are also closed. 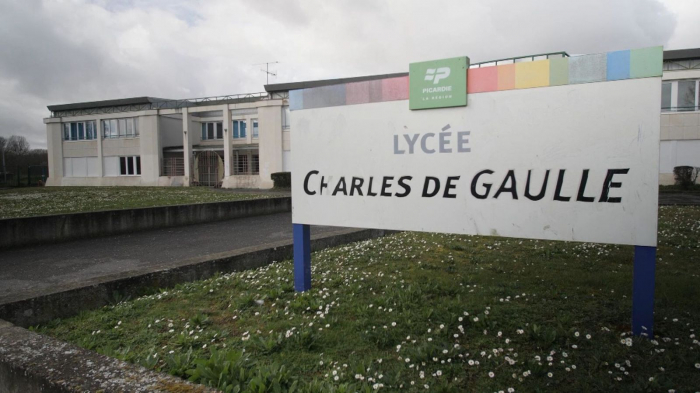 But what if things get worse?

Everyone is following events in Italy, wondering if the government of Emmanuel Macron would even consider draconian measures to restrict movement.

The mayor of one of these towns told me that such a move "would bring the airport to its knees". It was not meant as a threat; merely an informed observation.

"We try to think it will be okay because the French are an optimistic people," says Mahi Agavwal, a teacher at a language school that has had to suspend lessons.

"Before, it was happening to others; now it has happened to us."

It is overt in the towns of this region, with their empty squares and closed schools, but France is bracing itself.

Five members of the National Assembly have tested positive; so has the culture minister, Franck Riester. And Italy lies across the border, a symbol - a portent, a warning - that things are likely to carry on getting worse.