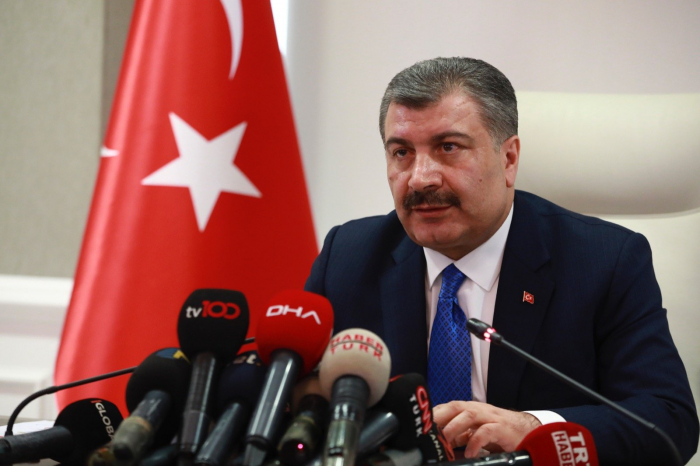 Turkey confirmed on Tuesday its first coronavirus case and said the affected person was a Turkish man who had been put into isolation in hospital, AzVision.az reports citing Daily Sabah.

Health Minister Fahrettin Koca said in a press conference late on Tuesday ministry that the person contracted the virus while traveling to Europe. He also urged Turkish citizens against traveling abroad and asked those returning to administer self-quarantine for 14 days. Family members of the patient are under observation, Koca said.

The minister urged people not to be alarmed by the diagnosis, saying the country had still steered clear of an outbreak. “The coronavirus is not strong enough to break through the measures taken by Turkey,” he added.

He also asked the public to take precautions against the virus in the coming month.

Earlier on Tuesday, Koca said he would meet with the country's education minister in coming days and discuss temporally closing schools. “The Turkish presidency can publish a notice restricting civil servants' international travel except in obligatory cases,“ he added.

The global death toll from the coronavirus is now over 4,000, with nearly 114,000 confirmed cases.

The virus originated in China but has since reached over 100 countries, with the WHO saying on Monday that the "threat of a pandemic has become very real."

As part of efforts to contain the outbreak, some governments have closed borders and suspended land and air travel with the worst-affected countries.