Denmark closes schools, universities in change of strategy against coronavirus to 'Soften the Blow' 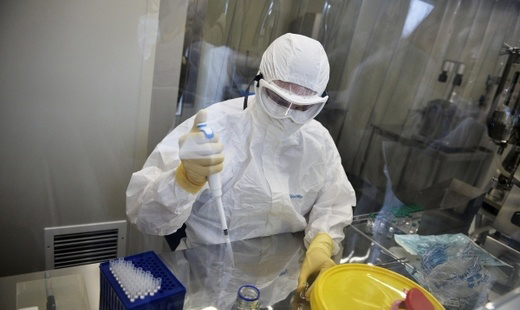 In the words of the Danish Health Authority, this marks a strategic shift from containment to mitigation. The coronavirus is expected to infect up to 10 percent of the Danish population of 5.6 million.

Danish Prime Minister Mette Frederiksen has announced that her country will close all nurseries, schools, and universities for a period of two weeks to slow the spread of the coronavirus.

All public sector employees whose jobs are not critical will be sent home on paid leave, and all indoor events with 100 or more participants have been banned.

“This will have huge consequences, but the alternative would be far worse”, Mette Frederiksen said at a press conference announcing the tough new measures, as quoted by the newspaper Ekstra Bladet. “Under normal circumstances, a government would not present such far-reaching measures without having all the solutions ready for the many Danes concerned, but we are in an extraordinary situation”.

Frederiksen also advised everyone in Denmark who is in a position to work from home to do so.

The dramatic decision was announced after the Danish Patient Safety Authority reported 442 cases of the coronavirus, bringing the number of people in quarantine to 1,303.

Søren Brostrøm, the director of the Danish Health Authority, said that he expected the number of cases to increase rapidly in the coming days and weeks.

“It is not only a threat for Denmark, but for the entire world. That is why the World Health Organisation has today declared Covid-19 a pandemic”, Brostrøm said. “We will see more and more people being infected in the coming time. An epidemic normally extends to between twelve and sixteen weeks”.

Frederiksen ventured that further measures to help soften the blow would be announced in due time.

“We will not get through this as a country without a cost. Businesses will close. Some will lose their jobs. We will do what we can to mitigate the consequences for employees”, Frederiksen said.

Meanwhile, the Danish Health Authority has announced a shift in coronavirus strategy from containment to mitigation. According to Danish health officials, the coronavirus is expected to infect 10 percent of the Danish population, killing anywhere between 1,680 and 5,400 Danes, the newspaper Politiken reported.

Denmark became the second European nation to impose a lockdown, following Italy, which pioneered a country-wide quarantine, closing schools, nurseries, universities, museums, and cinemas across the nation as well as all shops except food stores and pharmacies. The Italian football league has cancelled all their matches. A ban on public gatherings, including weddings, funerals or religious events, is also in place.

The coronavirus outbreak, which the World Health Organisation recently upgraded to a pandemic, currently includes over 118,000 cases in 114 countries.