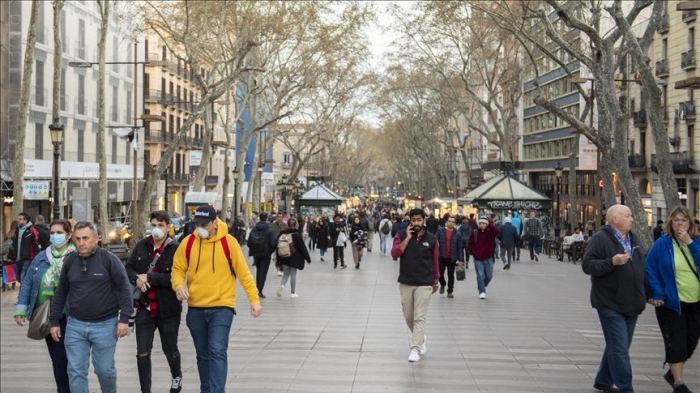 Spain on Sunday reported 96 new deaths from coronavirus, the highest figure in a day, taking the toll to 288, AzVision.az reports citing Anadolu Agency.

The Health Ministry said the number of confirmed cases has shot up to 7,553, a day after the entire country was placed under lockdown.

In a televised address on Saturday, Spanish Prime Minister Pedro Sanchez said no one will be allowed to leave their houses unnecessarily and security forces will patrol the streets to ensure the quarantine.

Shortly after the announcement, his wife, Begona Gomez tested positive for the virus, but is reportedly doing fine.

Exactly one week ago, the country had less than 600 cases. It was also International Women’s Day and crowds of hundreds of thousands of people gathered for demonstrations throughout the nation.

Madrid is home to almost half of the country’s cases. Officially, the region has not been testing people with mild symptoms of coronavirus since Friday, saving its resources for more severe cases.

The country’s strategy is now basically to assume everyone is infected and enforce people to act in a way that is least likely to further the virus' spread.

Spain is the fifth-worst affected country in the world and the second-hardest hit in Europe.

After emerging in Wuhan, China last December, the virus known as COVID-19, has spread to at least 141 countries and territories.

The global death toll from the virus has surpassed 5,700, with more than 152,000 cases confirmed worldwide, according to the World Health Organization.