Climate change: The rich are to blame, international study finds 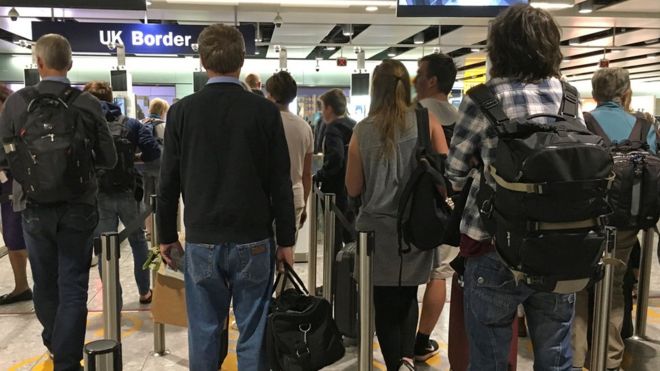 The rich are primarily to blame for the global climate crisis, a study by the University of Leeds of 86 countries claims.

The wealthiest tenth of people consume about 20 times more energy overall than the bottom ten, wherever they live.

The gulf is greatest in transport, where the top tenth gobble 187 times more fuel than the poorest tenth, the research says.

That’s because people on the lowest incomes can rarely afford to drive.

The researchers found that the richer people became, the more energy they typically use. And it was replicated across all countries.

And they warn that, unless there's a significant policy change, household energy consumption could double from 2011 levels by 2050. That's even if energy efficiency improves.

The researchers combined European Union and World Bank data to calculate how different income groups spend their money. They say it’s the first study of its kind.

It found that in transport the richest tenth of consumers use more than half the energy. This reflects previous research showing that 15% of UK travellers take 70% of all flights.

The ultra-rich fly by far furthest, while 57% of the UK population does not fly abroad at all.

The study, published in Nature Energy, showed that energy for cooking and heating is more equitably consumed.

But even then, the top 10% of consumers used roughly one third of the total, presumably reflecting the size of their homes.

Co-author Professor Julia Steinberger, leader of the project at Leeds, asked: “How can we change the vastly unequal distribution of energy to provide a decent life for everyone while protecting the climate and ecosystems?”

They say another alternative is to electrify vehicles more quickly, although previous studies suggest even then demand for driving must be reduced in order to reduce the strain on resource use and electricity production and distribution.

The research also examined the relative energy consumption of one nation against another.

It shows that a fifth of UK citizens are in the top 5% of global energy consumers, along with 40% of German citizens, and Luxembourg’s entire population.

Even the poorest fifth of Britons consumes over five times as much energy per person as the bottom billion in India.

The study is likely to ignite future UN climate negotiations, where the issue of equity is always bitterly contentious.

In the USA, libertarian politicians have typically portrayed climate change as a harbinger of global socialism.

But Professor Kevin Anderson, from the Tyndall Centre in Manchester, who was not involved in the study, told BBC News: “This study tells relatively wealthy people like us what we don’t want to hear.

“The climate issue is framed by us high emitters – the politicians, business people, journalists, academics. When we say there’s no appetite for higher taxes on flying, we mean WE don’t want to fly less

“The same is true about our cars and the size our homes. We have convinced ourselves that our lives are normal, yet the numbers tell a very different story,” he said.

The study says transport energy alone could increase 31% by 2050. “If transport continues to rely on fossil fuels, this increase would be disastrous for the climate,” the report says.

It suggests different remedies for different types of energy use. So, flying and driving big cars could face higher taxes, while energy from homes could be reduced by a housing retrofit.

The authors note that the recent Budget declined to increase fuel duty and promised 4,000 miles of new roads. It did not mention home insulation.

The Treasury was contacted to discuss the taxation issues raised in the research, but declined to comment.