The visit to military units in the frontline zone continues -  VİDEO 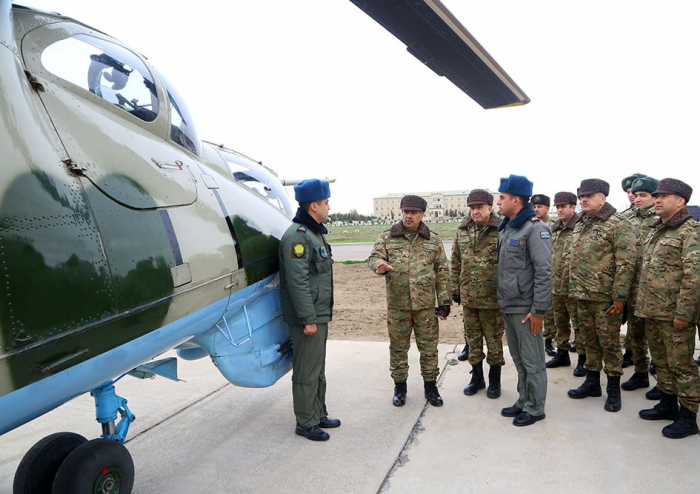 The meetings with the military personnel of military units in the frontline zone were held, headquarters buildings, soldiers' barracks, medical points and other military facilities, as well as combat armored vehicles, air squadrons and other military equipment of the units were inspected.

During the meetings, after getting acquainted with the conditions created here, Colonel General Z. Hasanov and Colonel General M. Aliyev conveyed congratulations of the Supreme Commander-in-Chief on the occasion of the Novruz holiday to the servicemen. The meeting addressed issues of improving the social conditions of servicemen and noted that these works will be continued in the future. The servicemen and their families expressed gratitude to the Supreme Commander-in-Chief for the attention and care provided by the state.

Then Colonel General Z. Hasanov and Colonel General M. Aliyev have met with civilian personnel working in the military unit, inquired about the provision of military personnel, and congratulating them on the holiday, wished them success in their work.