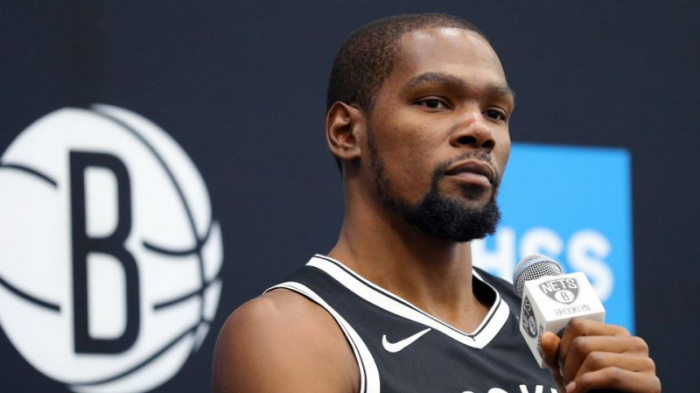 "He tested positive, but is feeling fine and said he has not shown symptoms," The Athletic said on its website late Tuesday as Durant, 31, told them.

"Everyone be careful, take care of yourself and quarantine. We’re going to get through this," the Nets forward said.

The Eastern Conference franchise said on its Twitter account that four players tested positive for the coronavirus and all of them have been isolated and cared by Nets physicians.

Last week, Utah Jazz from the Western Conference were dismayed over two players' infection with the COVID-19 as both French center Rudy Gobert and American forward Donovan Mitchell tested positive.

The NBA previously announced that the remainder of the season was suspended after Gobert tested positive for the novel coronavirus.

The decision came after a delay in the Jazz's game against the Oklahoma City Thunder at Chesapeake Energy Arena.

NBA commissioner Adam Silver, in a letter to fans across the world, said the hiatus would last at least 30 days.

Worldwide, out of over 199,000 confirmed cases, the death toll now exceeds 7,900, while more than 82,500 patients have recovered, according to Worldometer, a website that compiles new case numbers.

The World Health Organization has declared Europe the new epicenter of the virus, which first emerged in Wuhan, China last December.