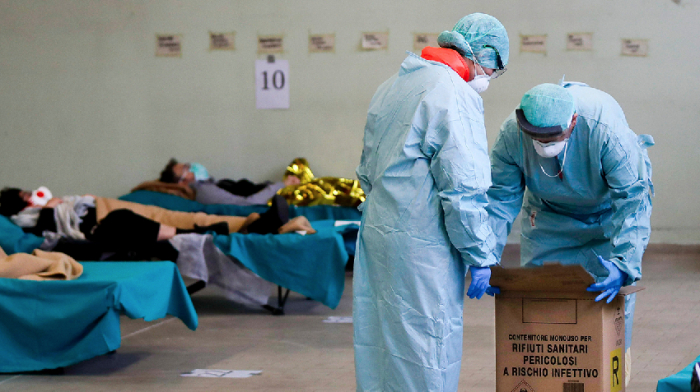 The death toll in Italy from the novel coronavirus rose to 2,503 over the past 24 hours, the Civil Protection Agency said, while the total number of confirmed cases increased to 31,506 from a previous 27,980 - the largest number outside China, World Economic Forum reports.

The country will rush 10,000 student doctors into service, scrapping their final exams, in an effort to help the struggling health service cope with the coronavirus which claimed another 345 lives.

The crisis has pushed hospitals to breaking point at the epicenter of the contagion in northern Italy and left other regions scrambling to strengthen their own health systems as the number of infected rises nationwide.

“Lombardy is on the point of collapse. All the intensive care beds and respirators are being used,” said Matteo Salvini, head of the League party which governs the wealthy region.

The epidemic has so far taken a relatively light toll on Italy’s main cities, but there are now 964 confirmed cases in the densely populated financial capital which numbers 1.4 million residents.

Looking to enforce the order, the police have increased their checks, with some 172,720 people stopped on a single day and questioned about why they were outside - a jump of 50% from the day before. Of those 7,890 were booked for breaking the law.

In general, Europe has become the global centre of the coronavirus pandemic, according to the World Health Organization.

The EU has shut its borders from much of the outside world, particularly to foreign tourists, in its bid to slow the coronavirus pandemic. In one of the most unprecedented moves in the history of the European Union, this sees Europe barricade itself up for at least 30 days from most foreign arrivals as it shuts the external borders to the bloc, says Forbes.