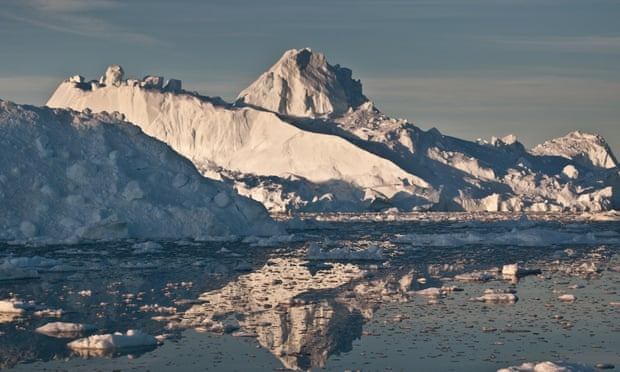 Last year’s summer was so warm that it helped trigger the loss of 600bn tons of ice from Greenland – enough to raise global sea levels by 2.2mm in just two months, new research has found, the Guardian reported.

The analysis of satellite data has revealed the astounding loss of ice in just a few months of abnormally high temperatures around the northern pole. Last year was the hottest on record for the Arctic, with the annual minimum extent of sea ice in the region its second-lowest on record.

Unlike the retreat of sea ice, the loss of land-based glaciers directly causes the seas to rise, imperiling coastal cities and towns around the world. Scientists have calculated that Greenland’s enormous ice sheet lost an average of 268bn tons of ice between 2002 and 2019 – less than half of what was shed last summer. By contrast, Los Angeles county, which has more than 10 million residents, consumes 1bn tons of water a year.

“We knew this past summer had been particularly warm in Greenland, melting every corner of the ice sheet, but the numbers are enormous,” said Isabella Velicogna, a professor of Earth system science at University of California Irvine and lead author of the new study, which drew upon measurements taken by Nasa’s Gravity Recovery and Climate Experiment (Grace) satellite mission and its upgraded successor, Grace Follow-On.

Glaciers are melting away around the world due to global heating caused by the human-induced climate crisis. Ice is reflective of sunlight so as it retreats the dark surfaces underneath absorb yet more heat, causing a further acceleration in melting.

Ice is being lost from Greenland seven times faster than it was in the 1990s, scientists revealed last year, pushing up previous estimates of global sea level rise and putting 400 million people at risk of flooding every year by the end of the century.

More recent research has found that Antarctica, the largest ice sheet on Earth, is also losing mass at a galloping rate, although the latest University of California and Nasa works reveals a nuanced picture.

“In Antarctica, the mass loss in the west proceeds unabated, which is very bad news for sea level rise,” Velicogna said. “But we also observe a mass gain in the Atlantic sector of east Antarctica caused by an increase in snowfall, which helps mitigate the enormous increase in mass loss that we’ve seen in the last two decades in other parts of the continent.”

The research has further illustrated the existential dangers posed by runaway global heating, even as the world’s attention is gripped by the coronavirus crisis. Crucial climate talks are set to be held later this year in Glasgow, although the wave of cancellations triggered by the virus has threatened to undermine this diplomatic effort.

“The technical brilliance involved in weighing the ice sheets using satellites in space is just amazing,” said Richard Alley, a glaciologist at Penn State University who was not involved in the study.

“It is easy for us to be distracted by fluctuations, so the highly reliable long data sets from Grace and other sensors are important in clarifying what is really going on, showing us both the big signal and the wiggles that help us understand the processes that contribute to the big signal.”