Should we be squatting instead of sitting? 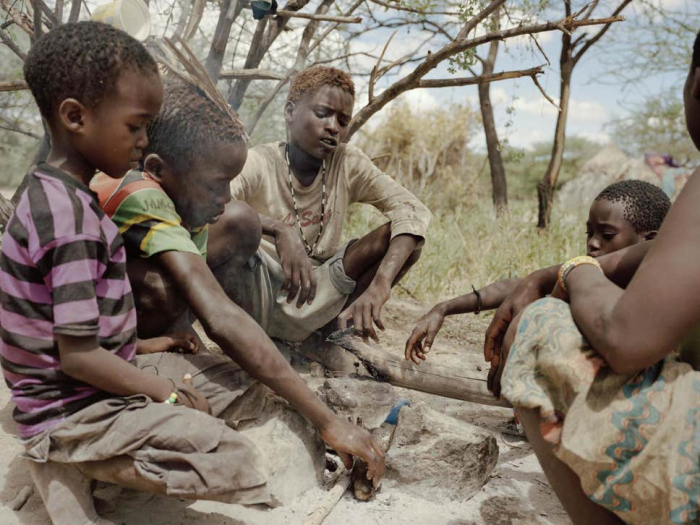 If you are sitting down to read this article, you may be doing your resting wrong, according to a fascinating new study of hunter-gatherer tribespeople and how they idle. The study finds that hunter-gatherers tend to lounge about almost as much as those of us in the developed world. However, their approach to inactivity is distinctive, involving no chairs but plenty of squatting.

This difference in techniques could have implications for our metabolic and heart health and also raises questions about how and why our style of sitting seems to be so unhealthy.

It is something of a paradox that inactivity is associated with ill health in so much of the world. Rest, after all, seems as if it should be good for us. But study after study links more time spent sitting with increased risks for poor cholesterol profiles, heart disease, diabetes and other conditions, even among people who exercise.

This enigma – that sitting seems to contribute to sickness – began to interest a group of scientists who have long worked with and studied modern hunter-gatherers, hoping to better understand the evolutionary context of physical activity in human development.

In some of their past research, these scientists had shown that members of the Hadza tribe in Tanzania are quite physically active, devoting several hours a day to activities like following game or tugging up tubers. They also have enviable cardiovascular and metabolic health, with low blood pressures and healthy cholesterol profiles.

But several hours of physical activity a day leave multiple waking hours open, and the researchers began to wonder recently whether the ways in which the Hadza spend their downtime might be contributing to their wellbeing.

So for the new study, which was published in Proceedings of the National Academy of Sciences, the researchers first asked 28 Hadza tribesmen and tribeswomen, ranging in age from 18 to 61, to wear activity trackers for about a week. The trackers, worn on the tribespeople’s thighs, measured how much time they spent moving and staying still.

And it turned out they were often still. As in the earlier research, the new measurements showed that, on average, the men and women were in motion daily for about two or three hours, but also inactive for another 10 hours.

That amount of inactivity “almost perfectly matches” the levels seen in studies of men and women in the developed world, says David Raichlen, a professor of human evolution at the University of Southern California, and lead co-author of the new study.

But unlike most of us, the Hadza do not loll in chairs. So the researchers set out to quantify how the tribespeople rest. Taking extensive observational notes in one of the tribes’ camps every hour for several days, the researchers found that the Hadza would often sit on the ground, but also frequently squatted, spending almost 20 per cent of their inactive time with knees bent and bottoms off the ground.

Finally, to determine what this approach to resting might mean for legs and muscles, the scientists asked several tribespeople to sit, walk and squat while wearing sensors that chart muscular contractions. When the tribespeople squatted, their readouts pinged, indicating that their leg muscles were contracting far more than when they sat, and almost 40 per cent as often as during walks. (The researchers did not compare squatting and standing, but believe that squatting requires more muscular activity than standing does.)

Such variations in muscular activity could have meaningful health implications, Raichlen says. In past research with animals, he says, when muscles were immobilised with casts or other contrivances and did not contract, the tissues produced less of certain enzymes that break down fats, leading to buildups of cholesterol and other markers of cardiovascular problems in the animals.

In other words, resting in chairs with our legs inert, as most of us do for most of our days, most likely contributes to our risks for the kinds of health problems that are so rare among the Hadza.

It also may widen the mismatch between our comfy modern world and our evolutionary physiology, says Brian Wood, a professor of anthropology and evolutionary biology at the University of California, Los Angeles, and the senior co-author of the new study. The Hadza data suggest that, even at rest, our bodies “are probably adapted to consistent muscular activity,” he says, which we do not achieve in chairs.

This study is a snapshot of only one portion of the Hadza people’s lifestyle at one point in time, though. It cannot show that their squatting causes their metabolic health, only that the two are linked. It also does not tease out the effects of their frequent physical activity from those of their resting, and it does not consider their diets and body composition.

But the findings are suggestive, Wood says.

“We are not advocating a hunter-gatherer lifestyle,” he says. “But we should know our evolutionary history” and consider how that history might influence our health.

Raichlen agrees. “Basically, what this study underscores is that most of us need to rethink the amount of time we rest with little muscle activity,” he says, and, if office scrutiny allows, casually stand and, perhaps, squat at times.