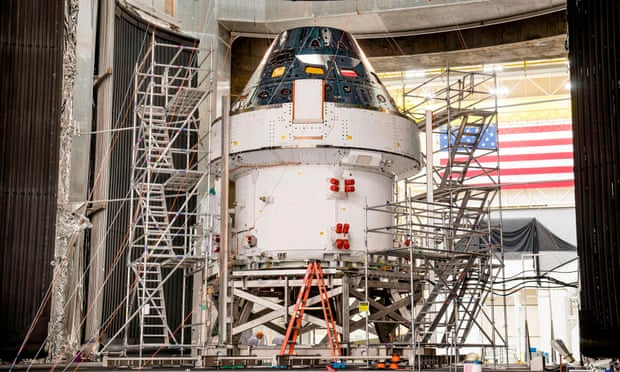 This challenging schedule, which was mandated by the White House, has now been made more difficult by the coronavirus outbreak. On 19 March, the Nasa administrator Jim Bridenstine announced that the agency’s Michoud assembly facility and Stennis Space Center are in effect shutting down due to the rising number of cases in their local areas, the Guardian reports.

Welcome to a new semi-regular column about Nasa’s progress towards landing astronauts on the moon during 2024.

The result is that Nasa is temporarily suspending production and testing of the Space Launch System (SLS) and the Orion module. SLS is the rocket and Orion is the crew capsule that will take the astronauts to lunar orbit. Work is being done to place all hardware in a safe condition, so that once the virus has passed work can resume. The National Space Council meeting on 24 March has also been postponed. Chaired by Mike Pence, the US vice-president, it was intended to be an opportunity to learn more about Nasa’s plans to touch down on the moon.

Despite its critical role, no lunar lander has yet been commissioned, but Nasa had previously stated that it would award initial contracts in late March or early April.