Russia to ground international flights from Friday due to coronavirus 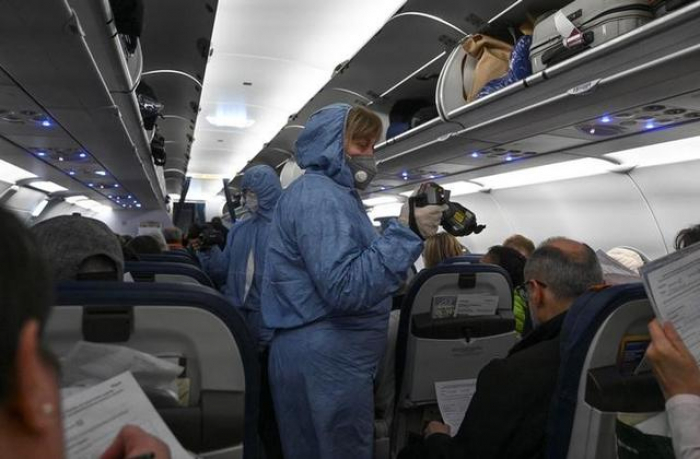 Russia will suspend all regular and charter flights to and from the country from Friday due to the coronavirus crisis and close all shops in Moscow apart from food stores and pharmacies from this weekend, the government and city authorities said.

Authorities announced the measures after Russia reported its biggest one day rise in coronavirus cases on Thursday, bringing the official tally to 840. Russia has reported two coronavirus deaths, and another woman, who was diagnosed with the virus has died.

The figures remain much lower than in many European countries for now, but the mayor of Moscow told President Vladimir Putin on Tuesday that the real scale of the problem in the Russian capital far exceeded official figures.

Putin addressed the nation on Wednesday in a televised speech in which he unveiled new measures designed to slow the transmission of coronavirus, declaring next week a non-working week for many Russians and urging people to stay at home.

On Thursday, Moscow’s mayor, Sergei Sobyanin, said all shops and shopping malls except those that sell food and pharmacies would be closed from March 28 to April 5. Restaurants, cafes and bars would also be closed, Sobyanin said in a statement.

The same measure will be implemented in the Moscow Region, which surrounds the capital, a local government decree said.

Under the airline restrictions, Russian flights will still be allowed to fly to other countries to bring Russian citizens back or if they are authorised by special government decisions, the government said on its website.