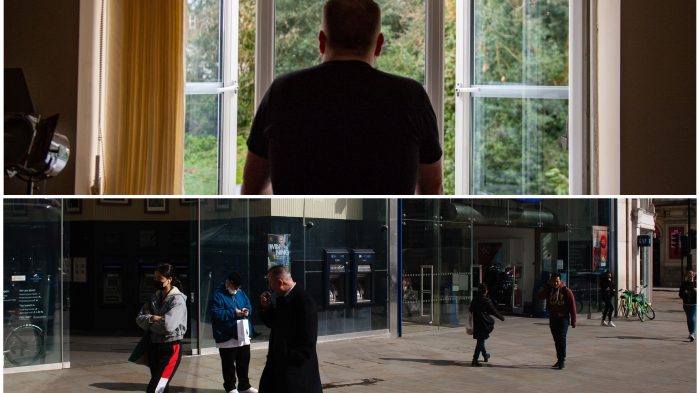 Social distancing and self-isolation are effective ways to slow the spread of COVID-19, but from Australia to the US, many are ignoring public health measures. Here’s how to get through to someone who isn’t following the rules.

In some parts of the world, the spread of the new coronavirus has left public spaces eerily silent. In others, life during the pandemic is bustling as much as it ever was – and in some cases even more so. The Welsh countryside saw unseasonal floods of visitors before UK regulations were tightened, while in Australia, people at Bondi Beach were not prepared to let the virus interrupt their relaxation until the police got involved. In Miami in the US, students on their spring break were determined to celebrate regardless. “If I get corona, I get corona,” said one student. “At the end of the day, I’m not going to let it stop me from partying.”

And it’s not just groups of young people who struggled to get to grips with the reality of life with COVID-19. A poll in the US in mid-March found that less than half of people over the age of 60 were concerned about their risk of death from the virus. For some, like Karen Swallow Prior in Maine, it has led to a generational role reversal as she tries to ensure her elderly parents don’t sneak off into town.

Given that public health bodies such as the World Health Organization, the UK’s NHS, the US’s Centers for Disease Control and Prevention among others, are making it clear that there are effective ways to slow the spread of COVID-19 by avoiding close contact with other people, why are so many failing to take notice even after strict measures are introduced? And how can you persuade people to start taking care of themselves and the people around them?

One study during the COVID-19 outbreak found that people in both the US and in the UK understood public health measures to contain the virus fairly well early on, says Pascal Geldsetzer, a researcher at Harvard University’s TH Chan School of Public Health. In a study he carried out between 23 February and 2 March, Geldsetzer used an online survey to ask 2,986 people in the US and 2,988 people in the UK about their views on and understanding of the new coronavirus. The majority of participants (93% in the US and 86% in the UK) knew which measures could prevent COVID-19 spreading: handwashing, avoiding close contact with people who are ill and avoiding touching your face. But there is a difference between knowing what actions can reduce transmission of the virus and putting them into practice. (Read more about why it’s so difficult to stop touching your face.) 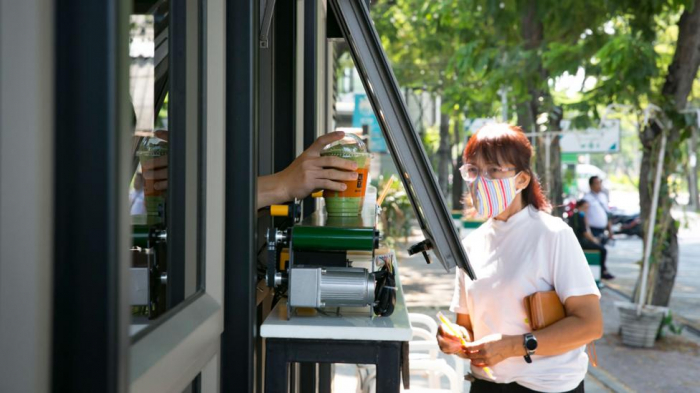 A customer in Thailand receives her drink from a street vendor at a safe distance thanks to a conveyor belt (Credit: Getty Images)

One of the reasons this is so hard maybe that when it comes to a crisis, we often look to past experiences to understand it. There is an obvious historical example to be drawn upon in countries where epidemics of Mers and Sars, both caused by other types of coronavirus, have occurred previously. But even in Canada, which was a Sars hotspot, the impact of that knowledge seems to have melted away, says Jacalyn Duffin, professor emerita of the history of medicine at Queens University in Canada.

Sars killed 44 people in the country in 2003, but that hasn’t translated into consistent long-term planning to cope with future outbreaks of respiratory disease. “Pandemic planning was really big in the immediate aftermath of Sars,” says Duffin. “It went on for a few years in Canada, but it’s amazing how quickly it faded.”

Even for those who have lived through Mers or Sars, the COVID-19 pandemic is on another scale, Duffin says. And for people who haven’t, when we turn to our own personal histories for comparison we draw a blank. “We haven’t experienced this before, but we have experienced things that have similarities in some way,” says Robert West, a professor of behavioural science and health at University College London. “Always what humans do when we’re faced with a new situation is look for parallels.”

In Europe, perhaps the first comparison that people have been reaching for, particularly the older generations, is wartime. “You’ll notice some people talking about the Blitz,” says West.  “There are some features that are similar there and some that are different.”

The similarity, says West, is the central idea of existential threat. “Not only was there the risk that they would be killed in the short term through their house being blown up, but there was the threat of invasion, which would be catastrophic. One thing that this coronavirus pandemic shares with that is the communal sense of anxiety.” 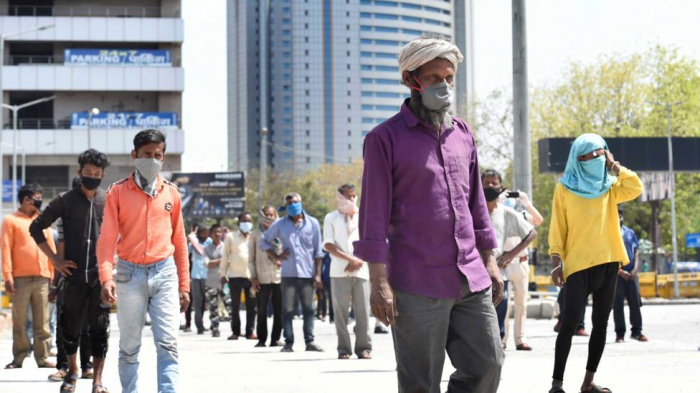 This parallel is useful in understanding people’s response to public health guidance – to follow it vigilantly or to engage in avoidant behaviour, nonchalantly disregarding the advice to go to one’s usual crowded Sunday market. “You get some people walking around who are feeling perfectly fine because they don’t think anything bad will happen and they’ll take it as it comes,” says West. “And there will be others with a gnawing feeling of anxiety and foreboding from when they wake up to the end of the day and every moment in between.” Wherever you fall on that spectrum, a crisis will bring out your response more sharply than ever, says West.

So, how do you engage with someone who remains complacent amid a pandemic?

Leslie Martin, a health psychologist at La Sierra University in California and co-author of the Oxford Handbook on Health Communication, Behaviour Change and Treatment Adherence, says that without a precedent to compare the crisis too, we have to be a bit more creative. Martin suggests trying to picture world months or years in the future when the pandemic has played out.

“How will we look back on our behaviour? Will we have regrets about how we acted?” she says. “Even though we have not lived through this, think about how we will reflect on it later. It could help us to make better choices.”

Rules to live by

Another major challenge in following public health guidance on coronavirus, Martin says, is the invisible, intangible nature of the spread of the virus. “Human beings, in general, are much more responsive when there is immediate evidence of the outcome,” she says. “But because there is such a long incubation period, and because many people are asymptomatic in the beginning, it’s not until too late that people think, ‘I ought to have isolated more.’”

Visual imagery, like the dots used in many simulations, explain transmission and the effectiveness of social distancing. If people who had the virus were immediately noticeable, like those colour-changing dots, one can imagine uninfected people would be rather more vigilant in remaining the recommended distance. In the absence of a clear marker, says Martin, the threat seems far off and hypothetical. 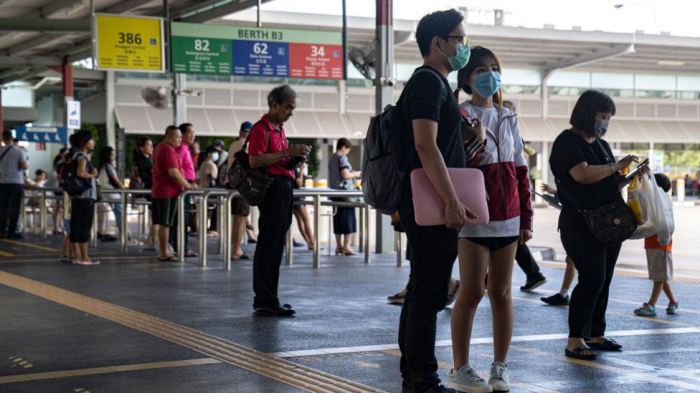 If we could see who was carrying the virus, perhaps we would be more vigilant about maintaining good health practices (Credit: Getty Images)

A third reason is that so many of our decisions are made on the fly. The choice of what to do on a minute-by-minute basis leaves us with competing options: shall I have another cookie now, or go for a run? Shall I wash my hands after going outside, or should I not bother?

“When people are making that kind of decision at the moment – and it’s always in the moment – the thought is, ‘It will be OK this time’,” says West. A good example is quitting smoking, he says. The pattern is to think that the next cigarette won’t kill you so you keep going when all the while the accumulation of cigarettes greatly increases your risk of early death. “So one of the tendencies is for people to think, ‘It’s going to be OK this time’. We need people to understand that it won’t.”

Indeed, the evidence shows that people tend to be very poor at assessing risk and chance. It’s one of the reasons why people are more likely to be afraid of flying than driving, even though the risk of an accident or death is so much higher in a car, or why people gamble when the odds are stacked against them.

People have to think about the risks, not in terms of judgment on each occasion, but as a set of rules that they always adhere to – Robert West

The way out of this faulty evaluation of risk is to stop relying on decisions in the moment. “People have to think about the risks, not in terms of judgment on each occasion, but as a set of rules that they always adhere to,” says West. “It’s a simple equation: the more barriers you put in the way of that virus getting from one person’s lungs into another person’s lungs, the fewer infections there will be.”

So, given these challenges – how can you talk to people who are not taking public health guidance seriously in a way that will be effective?

First, cite the medical institutions and practitioners best placed to provide information on the epidemic, such as independent public health bodies who ground their advice in evidence. “The messenger has to be seen as an expert,” says West. “We’re much more likely to take serious advice from people who we think know what they are talking about.”

Second, make the message positive. “Since we are asking people to be isolated, and it’s not seen as a positive thing for most people, what we can do is a frame that isolation in terms of something positive,” says Martin. “Perhaps it’s having more time for something you might not otherwise, like catching up on reading.”

For elderly people, who may be less time-poor to start with, focusing on the opportunity to do something creative and useful might work, Martin adds, such as getting the garden in order or doing an art project they’ve always wanted to do but haven’t.

Third, appeal to their loved ones – and make it personal. “We’d do things for others that we wouldn’t necessarily do for ourselves,” says Martin. “The more we can make these messages personal to the individual, the better off we’ll be. Think about your grandchild or your parent. Think about other people and ask, ‘Do I want to take any additional risk that might harm them?’.” The more personal the message, the more likely it will resonate, says Martin.

This is where mass communication from public health bodies might be less effective than word of mouth. “People can be leaders within their own family and social groups, to set a good example of positive peer pressure,” says Martin. “It’s tough to be the first one but that’s a really valuable gift we can give, to be that example.”

COVID-19 is proving to be a mind-bending disease that has made our usual signals of affection the most dangerous thing to the people we love. But, regardless of whether someone is a hard-partying twentysomething or a tough-minded octogenarian, appealing to the people and relationships they really value could be the best strategy to protect them.