The virus that everyone is infected with: the people in an eternal quarantine… - OPINION 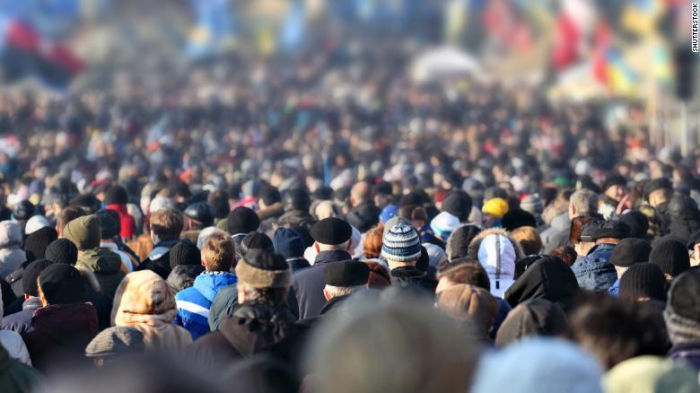 On the eve of the collapse of the great empire in January 1990, Baku lived in its skin the quarantine that now humanity confronts with fear and shock. Unlike Azerbaijan in 2020, when the whole state machine was involved in the health and security of the nation, the goal of the world's democratic and totalitarian centers at that time was absolutely different.

The last chapter of the 70-year-old Soviet rule concluded with curfews in Moscow and several allied republics, the incursion of troops into cities, and the house arrest of the people under the bayonet of the army. The wand of Vladimir Dubinyak, the Center's total control, and barbed wire, like the artificial walls that currently bar people from going out to prevent coronavirus in Wuhan, did not allow the Union to survive.

Nevertheless, the fireworks of Azerbaijan's independence, the parade of freedom did not last long, in contrast, they lost their gains in a short time. However, the situation after 70 years of coexistence was not the same as the lamentable state of the allies of the Soviet Union when they came under the umbrella of what the world calls a "prison of the peoples."

In Azerbaijan, there were only 1,418 intellectual people in the population deprived of higher education in 1918. In exchange for the oil industry created by the Nobel brothers and 5-6 national bourgeois representatives in a situation where almost 100 percent of the population is illiterate, our country had the opportunity to familiarize the literary pearls of the world in their language. The 27 state theaters, 1,230 large and small industrial enterprises, 103 technical schools, 17 higher education institutions, about 4,500 secondary schools and more than 47 million copies of books, including 63 districts, 10 It had a republican city and more than 250 settlements.

However, on March 2, 1991, when the head office reached the entrance of the United Nations in New York, USA, the promotion statistics of our country completely altered. Since then, the Nagorno-Karabakh conflict has been in quarantine for nearly 30 years, with two nations of 13 million.

In contrast to the US President Donald Trump's $ 2 trillion economic stimulus package, French President Emmanuel Macron's € 50 billion anti-crisis program, chancellor of Germany, Angela Merkel's $ 750 billion comprehensive action plan, hand in hand with the European Union. The national leader of Azerbaijan, Heydar Aliyev had no resources to quarantine Azerbaijan, and he was left alone in the square in 1993. The state budget is empty, the economy is collapsed, and foreign donors are waiting. However, the great political patriarch was able to create enviable examples for all periods of history and political structures.

The leaders of the World Health Organization, which now replaces the UN Security Council, appear on the screens every week and announce directives for the salvation of humanity. In comparison, does not Tedros Gebreyesus, the world's health chief, look bolder and fairer than Secretary-General Antonio Guterres? In any case, there is no doubt that man treats all states and peoples equally and follows the same standards and requirements. The norm imposed on one does not change from continent to continent, from strong to weak. This was not enough for the political security of the world.

However, the decisions taken in Washington and Brussels increase the number of refugees living in deprivation every year. Let us have a look at the UNDP's deadly statistics: the number of people forced to flee their homes after World War II has risen to an unprecedented 71 million. Every two seconds, one person becomes a refugee, and almost half of the nearly 25 million refugees are under the age of 18 (https://www.unhcr.org/ru/stats ). The life story of the refugees is well known - social, racial, national, religious and linguistic discrimination has given them "compulsory social isolation".

The ultimate wave of displaced people continues to flow towards Turkey, Europe, and the Arabian Peninsula through the invisible tunnel of the seven-year-old Syrian war. Official figures have already become dry statistics. 6.7 million people have fled their millennial lands, 3.5 million have fled their hotbeds in search of safe refuge inside, and the military forces of at least five states have been working to divide the Middle East.

Unless the United States, France, Germany, Russia, Iran, Saudi Arabia, Turkey, and other countries share Syria, the arrival of a coronavirus pandemic in the Middle East, which has stopped the war on modern fighter jets and unmanned missiles, looks like water in the desert. If the 30 of UN Security Council resolutions fail to end the war and if the threat of a small microorganism stops the nuclear rulers in Aleppo or Idlib, everyone who wants peace perceives the chance of coronavirus as a savior.

Before, thousands of people took to the streets in the socialist camps around the world to protest "against the victims of imperialism" in Panama, Guatemala or Lebanon. Now, not only a single street is emptied, but also the classes are not stopped at schools, borders are not closed due to the nations destroyed in Libya, Tunisia, Yemen, and Syria…

The tragedy of quarantined people under the tanks of democracy for decades has dealt a deadly blow to the UN's pillars, as well as its security armor. Therefore, everyone who has justice in the post-coronavirus formation wants a new political order.

The number of poor people in the world, unlike the chart presented by worldometers.info about the infected people, is important only to capture the most influential scenes in the giant information structures. The people who live in extreme conditions are 36% of the total population which is 1 billion 850 million people earning $1.25 a day. Instead, the military budgets of states and the total capital of billionaires, which has doubled since the 2008 financial crisis, have grown by approximately $ 900 billion in the last 11 years. The wealth of the 26 richest people is proportional to the income of half the world's population. According to the statistics by Oxfam, if the wealth of Forbes-ranked names continued to accumulate over $ 100 bills, the comparison with the poor would be as far as the distance between heaven and earth.

People sentenced to life in such a forever quarantine, the hopeful research institutes, large corporations, think tanks and clubs behind civil society organizations are unable to hold effective rallies outside their interests. Also, those people will never have enough respirators and beds, because the Bretton Woods system, which is the foundation of the current architecture of economic, and the $ 1 trillion burden on the 80 countries that have borrowed from the International Monetary Fund in the post-virus period will be even heavier and unbearable.

The basis of those people who say that democracies kill more than tyrants do. Therefore, it is not surprising that millions of people who fled Assad and lived at the gates of Brandenburg and in former Soviet military camps paid homage to the COVID-19, their savior.

If, after the quarantine, the tanks continue to occupy from where they stopped, the people who are always at the bottom of life will attract humanity to them.

Those who oppose NATO armies and curse UN resolutions claim that your unmasked inwardness a greater threat to the world than those daises...

The US ranks 83rd in the world healthcare. This is an indicator of wealth, strength and sophistication. However, suddenly the illusion destroyed and it became clear that the country did not pass the pandemic test. The scenery created by mass psychosis, aid, fascist tendencies, and various forms of discrimination in dozens of states, and the tent camps set up on the streets, are reminiscent of third countries.

Therefore, the "sterilization" of the leaders of National Socialism, which sought to shape the political hygiene of the peoples of the world, resulted in the extermination of 50 million people.

Not only the heads of state but also the leaders of the Vatican performed liturgy pleasing to the Third Reich, asking God for strength and power.

Eighty years later, the courage of an American clergyman, Louisiana Pastor Tony Pell, deserves all the respect of the former popes. He looks at the closed UN building in New York and sees all the wars in the world ending... Indeed, mosques, churches, and synagogues must deal with the hearts and faith of the quarantined, as do the institutions that deal with the stomachs of those who remain in quarantine.

Before then, is it possible to make a clean world without quarantine by washing the hands of politicians?

Zahid Oruj, Member of the National Assembly (the Milli Majlis), Chairman of the Social Research Center