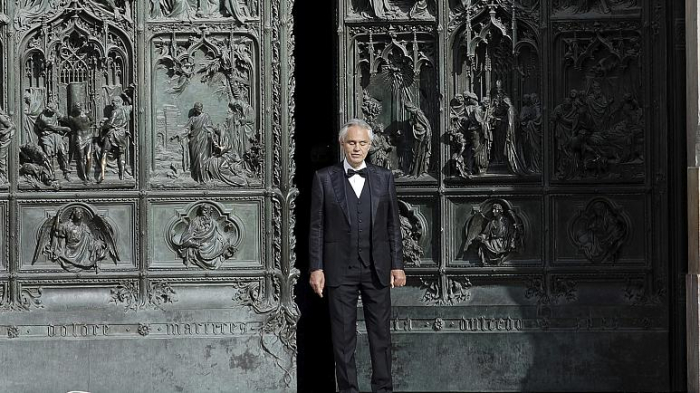 Italian music icon Andrea Bocelli gave a concert in Milan's empty cathedral on Easter as people across the world were locked down in their homes, Euronews reported.

The tenor was invited to sing by the city of Milan and its cathedral, the "Duomo di Milano".

"Thanks to music, streamed live, bringing together millions of clasped hands everywhere in the world, we ill hug this wounded Earth's pulsing heart," Bocelli said in a statement.

Bocelli sang with an organist as photos of the most impacted areas of the region and world were shown on video, as well as the cathedral.

Milan is the capital of Lombardy, which has been the region most heavily impacted by the coronavirus outbreak.

The video concert included a fundraising campaign by a foundation in Bocelli's name to help hospitals purchase equipment to protect their staff.

Bocelli finished the concert with a rendition of Amazing Grace on the steps of the cathedral.

Watch the YouTube concert in the video player below: