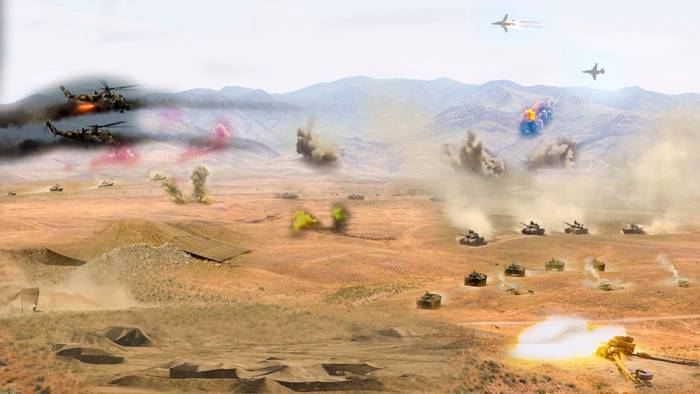 Command-Staff Exercises with the involvement of several military formations and units started in accordance with the Plan for the combat coordination of the troops of Nakhchivan garrison for 2020.

The subunits of military formations and units have been brought into the state of combat readiness of various levels and withdrawn to areas of concentration and combat support, including to firing and starting positions to accomplish the tasks of camouflaging the terrain, and also to carry out measures for the protection and engineering support.
The military personnel worked out actions to suppress the activities of reconnaissance and sabotage groups, to repel air attacks, as well as missile and artillery attacks of the enemy.

In order to organize management, stationary and mobile radio centers have been deployed on the terrain.