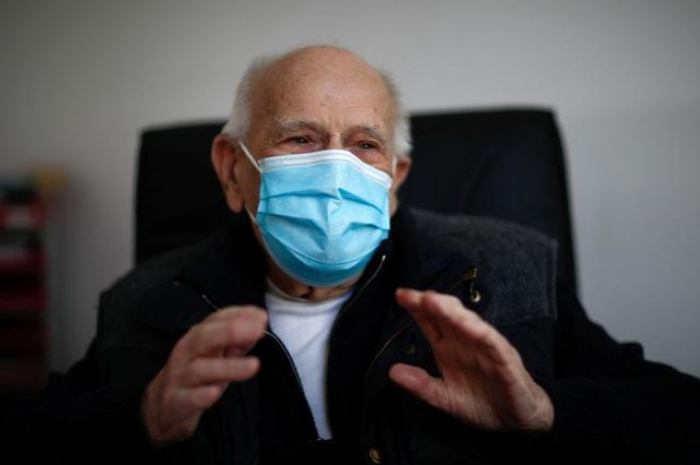 Doctor Christian Chenay is almost old enough to remember the 1918 Spanish flu and treated typhus sufferers during World War Two. Now, as he nears his 99th birthday, he is still caring for patients through the coronavirus epidemic.

Chenay holds virtual consultations for patients, some of whom he has treated for decades, over the phone and internet and is back to making weekly visits to a retirement home for missionaries after a brief spell in quarantine.

But he had to halt drop-in appointments at his surgery in Chevilly-Larue, a Paris suburb, after two patients turned aggressive, demanding he hand over his small supply of face masks. It was soon afterwards that he put himself into a two-week long quarantine after presenting COVID-19 symptoms.

“If I had kept my surgery open, it would have been a laboratory for the virus, a hotbed of infection,” said Chenay, who walks with a stick but otherwise is back in good health.

Originally from Angers in western France, Chenay worked as a welder before becoming a doctor, ultimately qualifying as a radiologist before moving back into general practice. His son, who is also a doctor, has retired, but he has not.

He says France’s lack of preparedness for such a global pandemic has left him frustrated and struggling to comprehend how a western power during peacetime could struggle to look after its sick.

“You feel powerless,” he said. “There’s no treatment, we have no way of knowing who is sick and who is not and we cannot isolate patients.”

Many of his patients say they struggle to get appointments in Chevilly-Larue, which has three doctors for a population of 19,000. Before he closed his drop-in surgery, they would queue early to see Chenay, who promised to see the first 20 patients.

“The doctors don’t want to register anyone new, they’re swamped,” he said.

Even with no health woes of his own - he doesn’t even wear glasses during his consultations - Chenay knows just how dangerous the coronavirus is for the elderly, including himself.

But he first visited the local care home for missionaries in 1951 and, with no known coronavirus cases inside, says he cannot turn his back on a seven decade-long relationship, even as across France such homes emerge as a vulnerable front line in the pandemic.

“I’ve known them since they were young student priests. They left for the Americas, Africa and India,” he said. “Now they are old and poorly.”