China’s economy shrinks for the first time since 1976 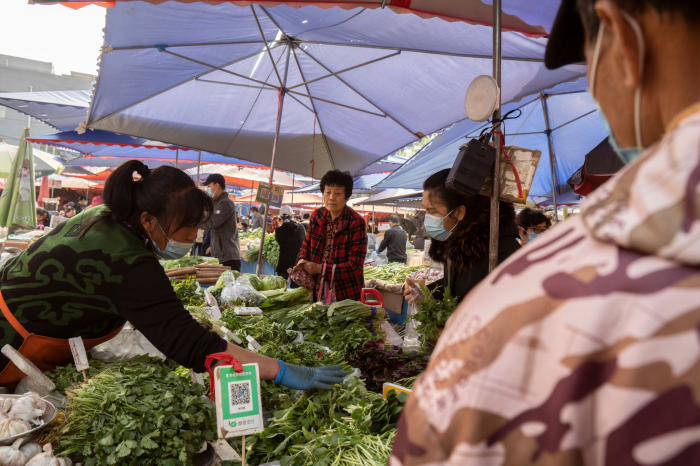 The coronavirus outbreak has brought China’s extraordinary, nearly half-century-long run of growth to an end — a stark reminder of the enormous task ahead for world leaders trying to restart the global economy.

China’s National Bureau of Statistics said on Friday morning that the country’s economic output shrank 6.8 percent from January through March compared to the same period last year. It’s the first economic shrinkage acknowledged in official statistics since 1976, when the country was in the final days of the Cultural Revolution, a national spasm of urban violence and torture.

The stark numbers reflect China’s dramatic efforts to stamp out the coronavirus, which included shutting down most factories and offices in January and February as the outbreak sickened tens of thousands of people.

They also illustrate how hard it will be to get the global economy back on its feet.

China is trying to restart its vast, $14 trillion economy, an effort that could give the rest of the world a much-needed shot in the arm. But the spread of the virus to Europe and the United States has sharply cut the world’s appetite for China’s goods. That could lead to factory shutdowns and worker furloughs.

China’s National Bureau of Statistics confirmed last month that domestic industrial production, retail sales and investment all suffered record, double-digit drops in the first two months of this year compared with the same period of 2019.

“This year is difficult — some have lost their jobs, some cannot find work to do,” said Liu Xia, a fruit vendor from a village on the northern outskirts of Beijing. “Those who do go to work and those who are still in business are greatly affected.”

Beijing’s options for dealing with the crisis are limited. Its economy has become too big and complex to easily restart like it did in 2008, when it unveiled a plan to spend more than half a trillion dollars. And years of easy lending have left local governments and state-run companies mired in debt.