Envoy: Iran condemns any move that would undermine negotiation process on Nagorno-Karabakh conflict 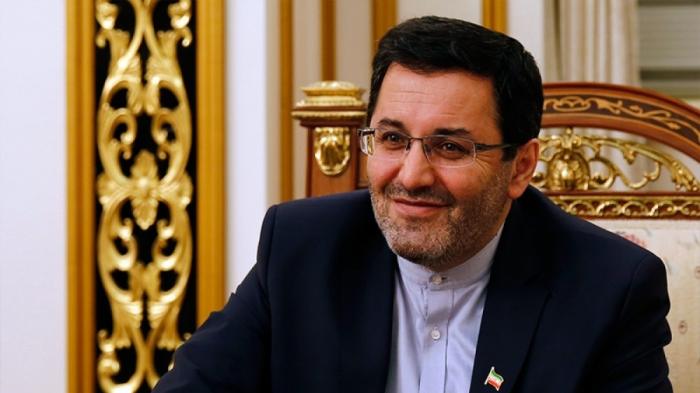 According to the UN resolutions and documents, the occupied territories must be returned to Azerbaijan, Iran’s Ambassador to Azerbaijan Javad Jahangirzadeh told Trend.

Iran has always supported the territorial integrity of Azerbaijan, the ambassador said.

Jahangirzadeh added that the Islamic Republic of Iran was one of the first countries to offer assistance and mediation in the settlement of the Nagorno-Karabakh conflict and positive steps have been taken in this direction.

The ambassador said that there is a need for stability and cooperation in the region. Iran is pleased that Azerbaijan has always demonstrated its readiness for a peaceful solution to this conflict.

Commenting on the video footage of Iranian trucks allegedly transporting goods to Nagorno Karabakh, he said it is fake and unreliable.

The Islamic Republic of Iran has nothing to do with the illegal regime created in the occupied territories of Azerbaijan, added Jahangirzadeh.

Talking about the recently held so-called "elections" in Nagorno-Karabakh, he noted that Iran condemns any move that would undermine the negotiation process on the settlement of the Nagorno-Karabakh conflict.

"Such actions will not help resolve the conflict and will only complicate it. The Armenian side must prove its claim to be sincere in the discussions, but their actions prove the opposite," he said.

Recently, a video was posted on social media allegedly showing transportation of goods and fuel to the occupied Nagorno-Karabakh of Azerbaijan by Iranian trucks. The Iranian side said that the footage was fake.