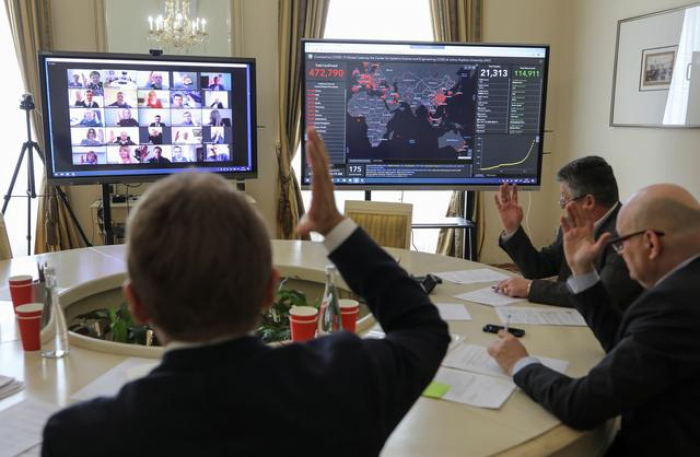 Zoom Video Communications Inc (ZM.O) said on Wednesday it was upgrading the encryption features on its video conferencing app to quell safety concerns as its users surged by 50% in the past three weeks.

Zoom now has over 300 million daily users after adding 100 million in the last 22 days, the company said, even as it faces a barrage of criticism from cyber security experts and users alike over bugs in its codes and the lack of end-to-end encryption of its chat sessions.

The use of Zoom has soared with corporate offices, political parties, school districts, organizations and millions across the world working from home after lockdowns were enforced to slow the spread of the coronavirus.

The app’s issues, including “Zoombombing” incidents where uninvited guests crash meetings, led to several companies, schools and governments to stop using the platform.

In response, the company said it would be rolling out a new version of the app, Zoom 5.0 within the week.

The company, which competes with Microsoft (MSFT.O) Teams and Cisco’s (CSCO.O) Webex has also launched a 90-day plan to improve the app and appointed former Facebook security chief Alex Stamos as an adviser.

Zoom said it had made several changes to its user interface, including offering password protection and giving more controls to meeting hosts to check unruly participants.

To account for criticism that the company had routed some data through Chinese servers, Zoom said an account admin can now choose data center regions for their meetings.